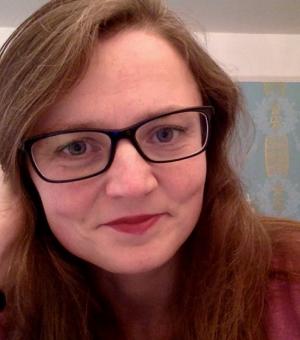 I work mainly on Chaucer and other secular late-medieval literature, and have interests in biography, in critical theory, in literature and medicine, in gender, and in the place of the medieval in modern imaginations. My major biography of Chaucer - Chaucer: A European Life (Princeton University Press) - came out in April 2019. It won the British Academy Rose Mary Crawshay Prize, the Medieval Institute's Otto Grundler Prize, and the English Association's Beatrice White Prize; it was also shortlisted for the Wolfson History Prize. Chaucer: A European Life was a Book of the Year in The Times, The Sunday Times, The New Statesman, and The Times Literary Supplement, as well as being named a Best Summer Read by the Evening Standard and the Times Literary Supplement.

My next book - The Wife of Bath: A Biography - came out with Princeton UP early in 2023. This is an experimental biography of a literary character across time, situating Alison of Bath in medieval literary and historical contexts, and exploring her life from the 14th century to the 21st, taking in, among many others, Shakespeare, Voltaire, and Zadie Smith.

My last two books have been supported by external funding: a Leverhulme Research Fellowship and a British Academy mid-career fellowship. In the past I have also received funding from the Wellcome Trust.

My first book, Chaucerian Conflict came out with OUP in 2007, and argued for a dark Chaucer, whose texts focus on conflict and antagonism. Another book, out in 2013, A Handbook of Middle English Studies, is part of Wiley-Blackwell’s Critical Theory Handbooks series, and includes 26 essays by leading scholars on issues ranging from the imagination to postcolonialism, ecology to material culture, public interiorities to sovereignty. I have also edited a special issue of JMEMS on the topic, 'Medical Discourse in Premodern Europe.'

I have published many articles on Chaucer, on topics including the senses, premodern biography, medieval writing rooms, carnival, and the form(s) of the Canterbury Tales. I have also published widely on other medieval authors and topics, including on Thomas Hoccleve, Thomas Usk, medieval illness narratives, and revolution.

I am an elected Trustee of the New Chaucer Society. I regularly give talks about my work both at conferences and in university settings and to more public literary societies, at museums and galleries, at schools, and at literary festivals. I regularly speak on the radio and on TV, on programmes including Start the Week, Free Thinking, Women's Hour, and Britain's Most Historic Towns. In 2023-2024 I will be curating a major exhibition at the Bodleian, 'Chaucer Here and Now,' and publishing an accompanying book.

Undergraduate papers: I teach the core undergraduate papers 650-1350 and 1350-1550 in the first and second years. For third years, I offer a life-writing option called Writing Lives, which I co-convene with Dr Sophie Ratcliffe. II have supervised many undergraduate dissertations on topics including the Arthurian 'loathly lady' story across time (from Chaucer to Shrek!), medieval mystics and the senses, and a comparative approach to ancient Greek drama and one of Chaucer's dream vision poems. I mainly lecture on Chaucer, including core commentary lectures on Troilus and Criseyde. I also regularly supervise Course II students.

Graduate teaching: I usually offer an MSt C-course; currently 'Placing Chaucer,' a course that explores Chaucer's texts through various spaces, places, and institutions, such as court, city, and chamber, and sets the poet in European and global contexts. Each year I supervise several Master's dissertations, both within the English faculty and for the Medieval Studies MSt. Recent topics have included the Heroides and Chaucer, suicide in Troilus and Criseyde, and the gender politics of the Flower and the Leaf.