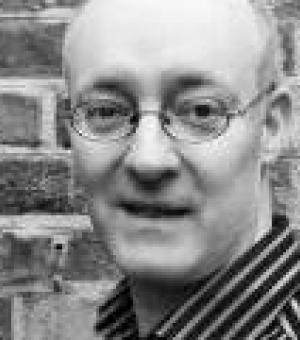 I am currently working a project concerning on science, poetry, and specialization in the early twentieth century, which I expect to lead to a series of journal articles or a monograph.  This project considers the ways in which poets use scientific diction and imagery in their poetry, both as part of the revival of metaphysical poetry in the period and more broadly.  It will include work on Mina Loy, Herbert Read, Michael Roberts, William Empson, C. Day Lewis, W. H. Auden, and Hugh MacDiarmid.  I am currently investigating whether to extend its chronological boundaries further back and/or forwards.

I am also working on a chapter on T. S. Eliot and print culture for Eliot Now, ed. Megan Quigley and David Chinitz.  Other recent work includes a chapter on Oliver Lodge's popular science writing in the 1920s, a chapter on the relation of Hugh MacDiarmid's poetry to dictionaries, and a chapter on historicist literature and science and its relation to literary theory.

I have published extensively on Virginia Woolf, my most recent works being an edition of Virginia Woolf's Night and Day for Cambridge University Press (published 2018) and an article, 'Traces of War in Night and Day', forthcoming in Modernist Cultures (2021).

I would welcome inquiries from prospective supervisees in the areas of modernist fiction and poetry, literature and science, book history and the sociology of texts (especially periodical studies), and other areas suggested by my research interests, publications, and doctoral supervision. I am supervising, or have supervised, the following Oxford D.Phil. theses:

Stalla, Heidi. ‘Life is in the Manuscript: Virginia Woolf, Historiography, and the Mythical Method’ (primarily supervised by David Bradshaw; examined 2015).

Hodges, Liz. 'An Exploration of Sight and its Relationship with Reality in World War One and World War Two Literature' (examined 2014).

Taylor, Mark. 'The Impact of Evolutionary Biology on the Fiction of D.H. Lawrence' (examined 2013).

Eros, Paul James. '“One of the Most Penetrating Minds in England:” Gerald Heard and the British Intelligentsia of the Interwar Period' (primarily supervised by David Bradshaw; examined 2012).

After secondary education in Oxfordshire, I read English at St Anne's College, Oxford. At sixth-form college I had studied Biology, Chemistry, and Mathematics alongside English; this background informed my interest as an undergraduate in Darwinism and Victorian literature, which in turn prompted my research work. My D.Phil. research, also undertaken at Oxford, concerned the reception of the new physics, particularly relativity theory, among British modernist writers. I taught at the University of Wales, Bangor, from 1995 to 2005, and in 2001 organized the 11th Annual Conference on Virginia Woolf. I returned to Oxford in 2005 as University Lecturer in Twentieth Century Literature and Tutorial Fellow of Merton College.

My research is concerned with modernism, modernity, and modernist writers. I am still actively researching the relations of literature and science. A Leverhulme Research Fellowship (2005-07) enabled me to examine the use of scientific discourse by poets in the early twentieth century in the context of increasing disciplinary specialization. I am co-founder of the British Society for Literature and Science and have served on its committee as Secretary, Chair, and Treasurer.

Writing Virginia Woolf (2005) broadened my interest in the contextualization of literature to include social and political contexts. My edition of Woolf's Night and Day (for CUP) builds on these interests. I serve on the editorial board of the Woolf Studies Annual. My interest in publishing history began in relation to popular science publishing, and was extended in my research on Woolf. I am working on a descriptive bibliography of Herbert Read, and have further interests in modernist periodicals and in literary anthologies. From 2008-2011 I was an editor of the Review of English Studies, and its reviews editor.

My college teaching covers the Victorian period and twentieth centuries. My faculty lectures and seminars concentrate on twentieth-century topics, including modernist poetry and Virginia Woolf.  I regularly teach on the M.St., including the 'B' course (book history) and I currently offer a 'C' option on Virginia Woolf.

I am a member of: