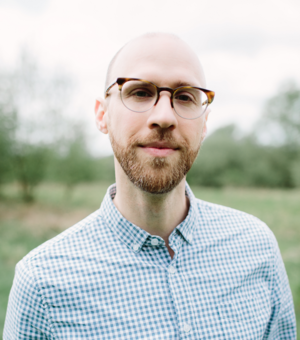 American Literature from around 1830 to the present, Pragmatism, Aesthetics, Philosophy and Literature, Critical Methods

My first book, Chromographia, looks at the ways that U.S. writers imagined color experience between 1880 and 1930. It reads a diverse array of writers - from Stephen Crane and Charlotte Perkins Gilman to L. Frank Baum and Nella Larsen - in light of the material history of chromatic technologies and all the things that bright color came to stand for at the turn of the twentieth century: commodity culture, “civilization,” racialized sensation, avant-gardism, the perceptual lives of small children, and much else besides.

I also have an abiding interest in American pragmatism, both as a historical phenomenon and as a resource for thinking about literature and criticism. One branch of this research has focused on the philosophy of Alfred North Whitehead, not a pragmatist per se but an important figure in the reception and reinvention of pragmatism over the past several decades. Other strands include essays on the idea of aesthetic form (as opposed to other types of form), on pragmatist theories of experience and their relevance to methodological debates in the literary humanities, and on the uses of metaphysics and ontology in contemporary theory.

I am currently in the early stages of writing a book about the ideas of reality and aesthetic construction that have shaped American literature, especially of the past hundred years. Tentatively titled Reality in America: Aesthetic Education and the Sense of the Real, the book will focus on novels and poems that explicitly question the relation between literary artifice and metaphysical reality, and it will ask what literary writers can teach us about the task of building a common world.

Postgraduate: American Literature since around 1880, Philosophy and Literature, Critical Methods

I would be delighted to hear from potential applicants wanting to work on aspects of twentieth-century American literature or on questions of method, aesthetics, or the relation between literature and philosophy.

Before coming to Oxford, I taught in the English Department at Rutgers University and, before that, in the Society of Fellows at the University of Chicago. I received my PhD from the University of North Carolina at Chapel Hill in 2010, and my BA in English from Birmingham-Southern College in 2003. In 2014-15, I was a Mellon fellow at the Penn Humanities Forum.