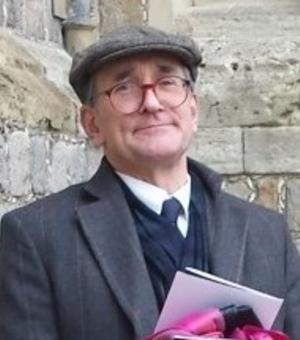 My new edition of William Blake's poems was published in 2019; since then I have published articles on Blake (Essays in Criticism, January 2021), Bernard Shaw (Symbolism, 2020), and on the Victorian painter Frederick Smallfield (Ashmolean Magazine, Spring 2019). Other recent work includes editions of Trollope's The Prime Minister (2011), The Warden (2014), and An Autobiography (2014), and an edition of Disraeli's Sybil (2017). On Ruskin I published Ruskin and 'War' (2014), the articles on 'Italy' and 'Politics and Economics' in The Cambridge Companion to John Ruskin (2015), and gave the Mikimoto Memorial Lecture in 2017 (on 'Ruskin and His Critics'; published in the Ruskin Review & Bulletin, Spring 2018) and the lecture at the Ashmolean in February 2019 ('John Ruskin: Art and Politics') to mark the two-hundreth anniversary of his birth. I wrote the Matthew Arnold chapter for The Oxford History of Classical Reception in English Literature (2015) and am now, once again, at work on Arnold, while also writing the 'Pater among the Aesthetes' chapter of the Cambridge Companion to Walter Pater and 'The girdle of the Grace: Ruskin on art in the 1860s' which will be the Ruskin Society's Annual Lecture in February 2022.

I no longer teach undergraduates or accept new graduate students.