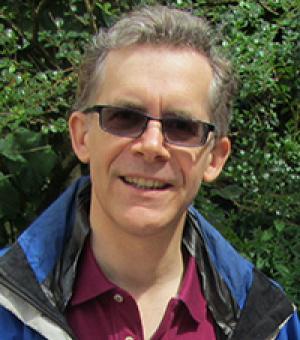 My work on early seventeenth-century poetry grew out of an interest in the writing of Henry Vaughan (1622-1695), whose devotional poems Silex Scintillans are the subject of my book Scripture Uses (2001). I have since published more widely on poets who influenced Vaughan, including George Herbert and Ben Jonson, and my current work centres on the writing of James Shirley (1596-1666), whose first book of poetry, like Vaughan's, was published in 1646. I am currently completing a critical edition of Shirley’s poems for Oxford University Press, but also continue to work on early modern devotional writing (especially sermons, but also devotional writing), while my work on Shirley has led to further interests in manuscript culture and theories of textual editing. As well as my Shirley edition, which will appear as a volume of Shirley’s Complete Works, gen. eds. Barbara Ravelhofer, Eugene Giddens, and Teresa Grant (OUP, 10 vols., forthcoming), I am also editing a volume of John Donne’s Sermons Preached for the Nobility and Gentry, which will be Vol. 6 of The Oxford Edition of the Sermons of John Donne, gen. ed. Peter McCullough (OUP, 13 vols., 2013- ).

I would welcome inquiries from students wishing to work on any aspect of Jacobean and Caroline/Civil War literary culture, devotional writing, and manuscript projects.

My course ‘Early Modern Hands’ is part of the early modern MSt course, and provides an introduction to reading secretary hand and to working with early modern manuscripts in the Bodleian Library and beyond.

For the Final Honour School I teach English literature from the mid-sixteenth to the mid-eighteenth century, including Shakespeare, and for Prelims I teach the English Language component of Paper 1 (Introduction to Language and Literature). I have given lectures on a wide range of seventeenth-century poets including John Donne, Ben Jonson, George Herbert, Andrew Marvell, Henry Vaughan, Thomas Traherne, and John Milton. Topics of other lecture series include devotional poetry, English language commentary (discourse analysis), and the theory and practice of rhetoric. In 2020 I co-taught the final-year Special Topic paper 'Language Persuasion People Things' with Lynda Mugglestone.