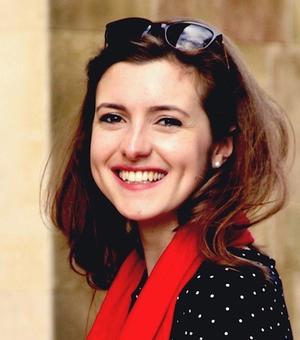 I work on literature of the nineteenth, twentieth and twenty-first centuries. My particular research interest concerns the writing of 'aftermath': literary texts that express the unique and challenging perspectives on selfhood and identity, personal and national history, made available to those who have lived through and beyond times of war. My PhD thesis (University of Cambridge) considered the role of 'unlived lives' in the work of Henry James, Elizabeth Bowen and Kazuo Ishiguro. I examined how each of these writers registered both the potency and indeterminate ethical status of those counterfactual speculations that were drawn upon as a response to the violence of the twentieth century.

I am currently working on two new projects. One is a monograph on literature's role in representing and theorizing those extra-legal forms of guilt that gripped Europe after the Second World War. Focusing specifically on the feelings of collective and inherited guilt that Hannah Arendt described as 'metaphorical' in nature, I am interested in exploring how post-war literary expression developed the ability to critique and supplement assumptions about personhood, responsibility and culpability used in legal practice. My second ongoing project is co-editing (with Professor Greg Zacharias) Henry James's novel The Other House (1896) as part of The Cambridge Edition of the Complete Fiction of Henry James for Cambridge University Press.

I work on and teach literature from across the nineteenth, twentieth, and twenty-first centuries. At present, I have particular interests in postwar writings, Henry James and Jamesian afterlives, psychological realism, and literature and the work of consolation.

For the English Faculty in 2021-22, I am co-convening the FHS Paper 6 'Writers and the Cinema' with Dr George Potts and delivering the lecture series 'The Unlived Life in Twentieth Century Fiction' for students studying Prelims Papers 3 and 4.

I welcome expressions of interest regarding BA and MSt dissertation supervision on topics related to my research. In recent years, I have supervised dissertations on a variety of British and American writers, including Henry James, Eudora Welty, John Steinbeck, F Scott Fitzgerald, and Ernest Hemingway.