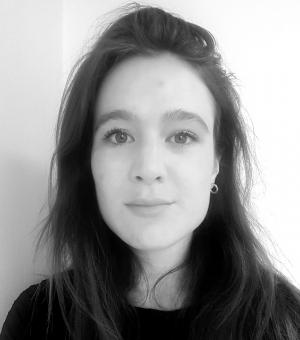 - Production and design of English manuscripts throughout the medieval period, including the mise-en-page of vernacular and Latin texts

- Materiality in early medieval English thought and literature, and connections between modern and premodern approaches to materialism

I am a researcher on the ERC-funded CLASP Project (A Consolidated Library of Anglo-Saxon Poetry, https://clasp.eu/). My focus on this project has been the manuscript record of Old English verse, expanding the database of scribal errors and editorial emendations.

I am currently co-editing a collection of essays on Old English metre and literary criticism with Rafael J. Pascual, titled Old English Metre: Manuscripts, Poetics and Style (Arc Humanities Press, forthcoming). This collection follows a highly successful workshop on the application of Old English metre to questions of literary criticism, held in Oxford in 2019 (https://www.torch.ox.ac.uk/event/anglo-saxon-metre-and-literary-studies). I am also contributing a chapter to this volume ('Mind the Gap: Inter-word Spacing and Metrical Organisation in Old English verse'), positing a relationship between word-spacing and metrical organisation in a sample of Old English verse in its manuscript context.

I have worked extensively on the collection of Old English texts known as The Dialogues of Solomon and Saturn. My article, 'Solomon and Saturn I, 89a, “prologa prim”: an Exercise in Monastic Reading Practice' was published in Anglia at the end of last year. Here, I propose an emendation of the ungrammatical half-line, prologa prima. I argue that the multivalence of this half-line, which is designed to be read on both a literal and a spiritual level, provides an exemplum of monastic reading practice. I have also recently completed a short article on an aspect of the link between Solomon and Saturn I and Isidore's Etymologiae, which has been published in Notes & Queries. I am currently producing a further article on one of the riddles in Solomon & Saturn II.

I am currently producing a chapter for an edited collection as part of the international research project From East to West: the Idea of the World in Anglo-Saxon England. This chapter, titled 'Land eall geondhwearf: haphazard geography in The Dialogues of Solomon and Saturn', conducts a psychogeographical analysis of the eponymous character's wanderings in the Old English poem Solomon and Saturn II. I will suggest that representations of ‘the East’ in the Dialogues reconfigure these geographical areas as conceptual spaces in which to hold difficult or even dangerous conversations on subjects like fate and free will.

My next project is a monograph exploring materiality in early medieval English thought and verse literature (proposed title: On the Nature of Things: Material Objects in Old English Verse). I seek to recover an early medieval English theory of things by bringing Old English verse into conversation with teachings on materiality in contemporary theological, scientific and philosophical texts.

I largely work with Old English texts, but also with Anglo-Latin material and on western medieval manuscript culture more broadly. I have produced an edition and commentary of a fourteenth-century Middle English lyric, which is forthcoming in Studia Neophilologica (‘God send vs þe dew of heuene’ in Oxford, Bodleian Library, MS Digby 172: a new edition of a bilingual lyric, with commentary'). In my PhD thesis ('The visual craft of Old English verse: mise-en-page in Anglo-Saxon manuscripts') I examined the mise-en-page of Old English and Latin verse texts, considering the interaction of page design with contemporary cultural aesthetics, metrical form, and the semantic interpretation of individual texts. In particular, mise-en-page is seen as a site where critics can witness scribal acts of creativity and interpretation.

Further interests arising from my research include: perceptions of Greek language and culture in early medieval England; Old English and Anglo-Latin riddles; the mise-en-page of modern English texts; digitization practice and the production, usage and preservation of digital resources.

I am interested in developing new tools for teaching, and exploring different approaches to pedagogy. I am co-editor of the annual newsletter published by the Teachers of Old English in Britain and Ireland (TOEBI), and will be publishing a short article on the role of composition in teaching Old English in the 2020 edition. As part of our work on the CLASP project, Rafael J. Pascual and I are developing a tool to teach Old English metre to undergraduate students, and we ran a successful training day in Old English metre in 2019.

I have recently started a website sharing class plans, blog posts and book reviews related to a study of medieval literature through material culture (including manuscripts, materialism and digitisation). This includes a class plan aimed at tutors of undergraduate students, which uses objects from digital exhibitions to teach students about Old English riddles. You can access my site at www.saywhatiamcalled.co.uk

‘The Wanderings of Saturn: A Psychogeographical Reading of the Old English Dialogues of Solomon and Saturn’, in Ideas of the World in Early Medieval English Literature, Studies in Old English Literature 1, ed. Mark Atherton, Kazutomo Karasawa and Francis Leneghan (Turnhout: Brepols, 2022).