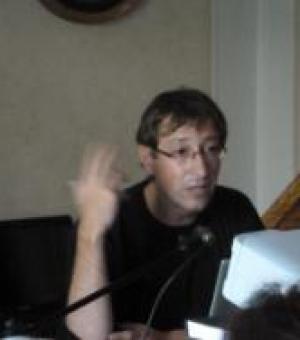 My work explores the links between English literature and other languages, classical antiquity, visual culture and the history of sexuality. Historically, I focus on the second half of the nineteenth century and the first decades of the twentieth. I am committed to comparative approaches and am particularly interested in cultural and literary exchanges between Britain and Italy, France, Germany and the Scandinavian countries.

My first monograph, British Aestheticism and Ancient Greece: Hellenism, Reception, Gods in Exile (2009) uncovered the radical reinterpretation of Ancient Greek culture undertaken by Walter Pater, Vernon Lee, Michael Field and Oscar Wilde. By bringing together male and female, canonical and marginalised authors, I sought to challenge the perception that classics was the preserve of Oxbridge-educated men, and revealed instead a variety of different modes of engagement with the past and the lively dialogue between classical scholarship, art criticism and creative writing. This book was followed by edited collections on the European reception of Oscar Wilde (2010), the arts in Victorian literature (2010), the Victorian poet A.C. Swinburne (2013), cosmopolitanism in late nineteenth-century European literature (2013), Walter Pater the classicist (2017), literature and sculpture at the fin de siècle (2018), Arthur Symons (2018), and translation in Decadent literature (2020).

Together with Prof. Catherine Maxwell (Queen Mary University of London), I am general editor of the MHRA’s Jewelled Tortoise Series, http://www.mhra.org.uk/series/JT which specialises in affordable scholarly editions of Aesthetic and Decadent literature.

My main focus at the moment is on literary cosmopolitanism. My research in this field was awarded an AHRC Fellowship in 2014-16 and a British Academy Mid-Career Fellowship in 2018-19. My next monograph, Citizens of Nowhere: Literary Cosmopolitanism in the English Fin de Siècle, is due out with OUP in 2021. In this book I argue that this period of English literature witnessed an extensive debate about cosmopolitanism, which transformed readers’ attitudes towards national identity, foreign literatures, translation, and the idea of world literature. In this age of empire and rising nationalism, world citizenship came to enshrine a paradox: it simultaneously connoted positions of privilege and marginality, connectivity and non-belonging. I examine a variety of literary responses in chapters dedicated to Oscar Wilde, Lafcadio Hearn, George Egerton, the periodical press, and the artificial language movements.

As on offshoot of my work on literary cosmopolitanism, I am organising an exhibition on British writers in early twentieth-century Berlin, for which I have been awarded AHRC Follow-on Funding for Impact and Public engagement. The exhibition Happy in Berlin? is scheduled to take place in the Literaturhaus-Berlin, Humboldt University and Bodleian Library in summer 2021. It will be accompanied by a richly illustrated bilingual catalogue, a website and a programme of public events in Britain and Germany. For the year 2020-21, I am also Knowledge Exchange Fellow at The Oxford Research Centre in the Humanities.

I have a close collaboration with the Centre for British Studies (Humboldt-Universität zu Berlin), where I have led several research projects and graduate training programmes alongside Prof. Gesa Stedman. Together with Dr Matthew Creasy (Glasgow), I ran an AHRC-funded network on Decadence and Translation (2018-20). I have held visiting professorships in Bologna, Chuo University (Tokyo), Paris Nanterre, and Paris Sorbonne, and have been a visiting foreign scholar as part of the Taiwanese National Government Programme. I am currently involved in a long-term research project on japonisme led by Prof. Sophie Basch (Paris Sorbonne), and am co-investigator on the ERC-funded project Chromotope, led by Dr. Charlotte Ribeyrol (Paris Sorbonne), where I investigate the perception of the colours of Japan in nineteenth-century art and literature.

Undergraduate: English literature from 1760 to the present, including lecture series on late-Victorian literature, Decadence, and nineteenth-century literature and the visual arts.

Graduate: MSt courses on Literary Cosmopolitanism, and on Aestheticism, Decadence and the Fin de Siècle. I would be happy to hear from prospective doctoral students planning to work on my research interests listed on this site, especially if their work involves a comparative approach.

I am a Fellow of the Centre for British Studies of the Humboldt University, Berlin.

I am a trustee of the Modern Humanities Research Association. http://www.mhra.org.uk/

I am on the editorial boards of the following journals: