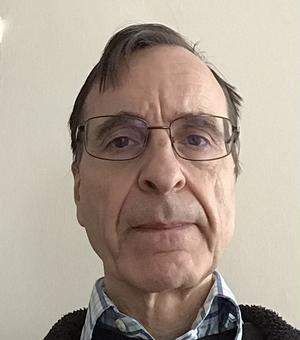 Edmund Weiner joined the staff of the Oxford English Dictionary in 1977. In 1985 he became Co-editor, with John Simpson, of the Oxford English Dictionary, Second Edition (published in 1989) and subsequently Deputy Chief Editor of the OED in 1993. He is now one of a team responsible for the final published form of quarterly published OED entries, having in the past overseen both the etymological and grammatical aspects of OED Online.

He read English at the University of Oxford and worked on a thesis dealing with the Revisions of Richard Rolle’s English Psalter Commentary (later edited by Anne Hudson, 2012–2014) while teaching Old and Middle English to undergraduates at Christ Church. He has taught the History of English for numerous summer programmes run by the Oxford University Department for Continuing Education.

He published The Oxford Guide to English Usage in 1983 and The Oxford Dictionary of English Grammar (with Sylvia Chalker) in 1994. He has published papers on historical lexicography and early modern English non-literary documents. His lifelong interest in the works of J.R.R. Tolkien (who was briefly a member of the staff of the OED) is reflected in Tolkien and the Oxford English Dictionary (2006, co-authored with Peter Gilliver and Jeremy Marshall). He occasionally posts about Tolkien’s language, early modern non-literary documents, and other philological topics on his blog ‘Philoloblog’.