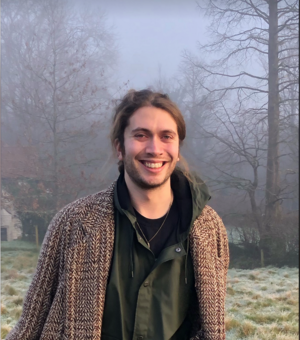 Thesis Title: Cartography and the Craft of Seventeenth-Century English Prose, 1605-1670

Doctoral Research: My thesis investigates how four early modern prose authors used the theory and practice of cartography in order to ask various questions of their own texts, and to mark out the possibilities and limits of the literary field in which they worked. Francis Bacon, Robert Burton, Thomas Browne, and Margaret Cavendish all engaged with the many genres and forms of early modern mapping, and saw in them not only new ways of viewing the terrestrial globe, but also possible models for new knowledge-systems; metaphors for literary form; archives of historical data, and miniaturised emblems of human intellectual activity. Working with both the metaphor of cartography in these authors' prose texts, and with the specific maps which they owned, produced, and often modified, I argue for a more precise, granular approach to early modern cartographic thought, which acknowledges the multiple vectors of influence which maps had on literary work. I see prose and cartography as twin forms which, in the seventeenth century, were especially concerned with defining their own parameters and practices, and as such informed each other in ways which illuminated new possibilities for both disciplines. Above all, I stress that my authors responded to cartography as a 'craft': as a product of materially and agentially complex processes, mapping did not only hold literary significance as a 'finished' or perfected geographical representation. I am also Co-Editor of Oxford Research in English, the faculty's graduate-run research journal. My research is kindly supported by an Oriel College Graduate Scholarship, and from Michaelmas 2022, will be funded by the AHRC's Open-Oxford-Cambridge Doctoral Training Partnership.

'Cartographic and Literary Forms: Robert Burton's Copy of Theatrum Urbium Italicarum (1599)', International Society for the History of the Map, May 2022, Montevideo, Uruguay.