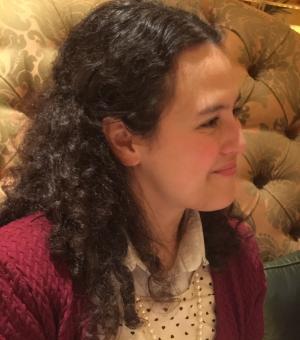 Thesis Title: Tolkien’s Eldar Edda: Norse Myth, the Great War, and the Writing of ‘The Silmarillion’

Doctoral research: My thesis research explores the nuanced interaction of Old Norse myth and World War I as influences on J.R.R. Tolkien’s ‘Silmarillion’​​​​​. In many ways imperfectly understood works, The Silmarillion and its related antecedents in The Book of Lost Tales and The History of Middle Earth all present a unique and challenging outlook on war, power, conquest, feud, and tragedy, by reformulating motifs, characters, and ideas from Old Norse mythological works, the Poetic and Prose Eddas, with which Tolkien was intimately familiar. In the Silmarillion corpus, Tolkien fuses elements of the dynastic, societal, and political problems of gods and men in Norse myth with the real-life concerns of the events and aftermath of the ‘War to End All Wars’​​​​​​ to create a stirring cycle of interrelated narratives that explore ethical questions relating to conflict, political power, and the responsibility and culpability of the individual.

I was quoted in a BBC Culture article written in the lead-up to Amazon’s The Lord of the Rings: The Rings of Power series:

A portion of my research has been published in a special issue of Studies in Medievalism:

I have also written articles for the First World War centenary on J.R.R. Tolkien and his poet friend, Geoffrey Bache Smith (who died on the Western Front in 1916):