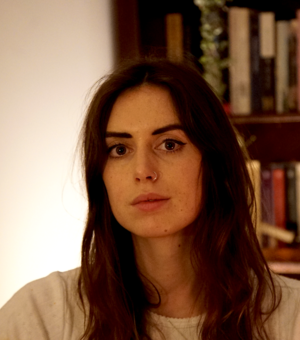 Thesis Title: Genres of Intimacy: The problem of the personal in four genres of nonfiction

My doctoral research looks at ‘the personal’ and ‘the impersonal’ across four intersecting genres of late-20th and early-21st century North American criticism. In the first chapter, I consider the function of Eve Sedgwick’s critical ‘I’, and her projection of a charismatic personality that has shaped institutionalised queer critique. In the second, I read the memoir alongside and against the manifesto in the discourse of Afro-pessimism. The third considers the ‘aporias’ of racialised subjectivity in the modern American Lyric; and the final, the politics of the late-20th century essay anthology.

I’m one of the co-convenors of the TORCH-funded Queer Intersections Network at Oxford, which organises bi-weekly research lunches for speakers in- and outside of academia to present on their work in queer studies, as well as regular events with researchers and activists from around the world.

My teaching includes eight-week courses in both Contemporary Literature and Queer Literature, and tutorials across Papers 3 and 4. I have recently supervised or am currently supervising undergraduate dissertations on: Virginia Woolf and elegy; Anaïs Nin's erotica; Frank Ocean and afro-fabulation; Hanya Yanagihara and trauma theory; queer spatiality in Wilde and Forster; and Afro-pessimism and the politics of disappointment.