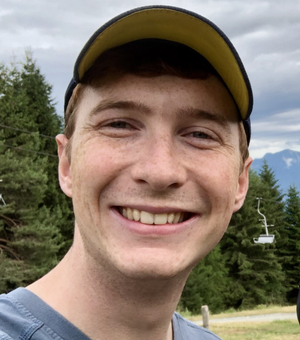 I study the impact of social change on late medieval Welsh poetry by looking at the sounds that feature therein.

My thesis argues two related points. Conceptually, using late medieval Welsh poetry as a case study, it demonstrates that much new and nuanced meaning can be unveiled by listening to the sounds represented in medieval literature. Specifically, it argues that Welsh poets of the Beirdd yr Uchelwyr period (c. 1300–c.1600) increasingly deemed ‘good’ sound to be controlled sound and claims that this concern with regulation was a reaction to the perceived threat to their once stable and celebrated social position brought about by colonisation, urbanisation, and mechanisation. Poets emphasised the exceptionalism of their controlled and refined Welsh, dismissing the sound of anyone and anything that did not meet their criteria, in order to maintain their high, though destabilised, social standing. The chapters thus explore three different aspects of the contemporary auditory landscape: mechanical sounds, musical sounds, and the sounds of language itself. Querying the superior sound of ‘good’ Welsh compared to ‘faulty’ Welsh and foreign languages, I argue that it is no coincidence that this period saw the codification of strict-metre poetry in the form of the Bardic Grammars, this being part of the poets’ attempts to act as the gatekeepers of ‘good’ sound within the acoustic community of late medieval Wales.

My research intersects history and literature, but it also features the innovative addition of historical sound studies. This growing field springs from the notion that the senses do not transcend time and place: we share the same physiology as people from centuries ago, yet our different surroundings and cultural sensibilities mean that we perceive the world differently. More specifically, before the printing revolution, before the Enlightenment’s emphasis on proof by vision, and when the world was altogether quieter compared to now, hearing played a more important role in daily life. My thesis thus uses late medieval Welsh literature to examine how tuning into this aural sensitivity can unveil much new and nuanced meaning in a particular body of medieval literature.

I assist with the teaching of Celtic languages at the Faculty, including supervising dissertations on medieval literature in Celtic languages and teaching modules on medieval lyric poetry and Middle Welsh and Old Irish language and literature. Beyond the university, I translate creative writing, including musical productions, I teach Welsh to adults, and I am the Welsh materials assistant on the University of Liverpool's "Human Remains" project (https://www.liverpool.ac.uk/archaeology-classics-and-egyptology/research...).

I also have articles in online blogs, and student and local papers, such as "Oxford Medieval Studies", "Y Drych" and "Cwlwm", and have contributed to the podcasts "Medieval Roots" and "The Lost Sounds".

I am funded by the AHRC (Open-Oxford-Cambridge DTP) and the Cowley Scholarship at Corpus Christi College, where I am also a Senior Scholar: https://www.oocdtp.ac.uk/people/llewelyn-hopwood