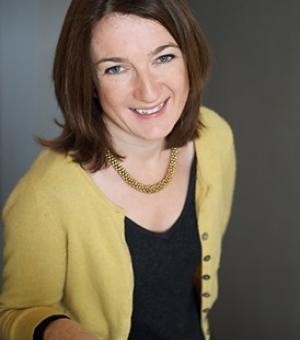 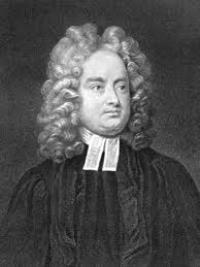 In 2013 I completed an edition of Jonathan Swift’s Journal to Stella for Cambridge University Press’s multi-volume Collected Works of Jonathan Swift. Part of the work of that edition involved deciphering Swift's bizarre baby language and manuscript obliterations.  As part of my detective work on the edition, I have become increasingly interested in Swift’s obliterations on his letters, and in the longer term, I would like to work on a more general study of literary obliteration. I am one of the General Editors of the CUP Complete Works of Jonathan Swift, and together with Adam Rounce, am editing Swift's Marginalia and autobiographical writings.

The other major research project that I have been working on is the Digital Miscellanies Index, a 3 year Leverhulme-funded research project which has created a database of the contents of the 1400 or so poetic miscellanies published during the course of the eighteenth century. The beta version of the database was completed and launched in September 2013. We are currently working on a linked data project, which will join together our resource with two datasets of earlier miscellanies, to create a combined database of miscellanies from 1540-1780. This will be complete in the autumn of 2017.

Books and their social lives 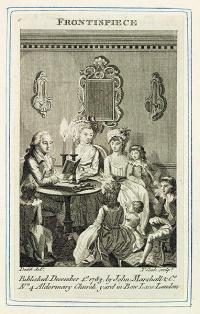 Whilst working on the miscellany material, I have become increasingly intrigued by the ways in which eighteenth-century readers used them. Their prefaces and title pages suggest they were commonly read out aloud, in the home. In 2012 I had a fellowship from the British Academy, which enabled me to explore this aspect of domestic performance, and the books designed for that market. My new monograph, The Social Life of Books, aimed at a crossover readership, investigates this social history of reading, and reveals the many ways in which books were used and enjoyed within homes - and how domestic contexts might change our sense of what we read. You can read a review of the book from the Washington Post here and I have also written a blog piece. During my BA fellowship, I developed some public-facing activities around this theme: this included a collaboration with the Geffrye Museum of the Home, schools work, radio and a series of public talks and music performances. My research into the history of reading aloud, and some of the primary school work I have done has been the subject of a Radio 4 'Word of Mouth' programme which you can listen to here. There is a short film of me talking about my experience of public-facing research. I have also presented a Radio 4 documentary called 'The Pedant's Progress' on changing perceptions of scholars and scholarship from the 18th century to the 21st. The social function of literature seems increasingly significant to me, and  I was involved in a research network led by Dr Kate Rumbold, at the University of Birmingham, on ‘The Uses of Poetry’, working with psychologists, literacy specialists and teachers on in an ongoing discussion about the historical and future uses of poetry in society. I was also a member of the AHRC Voices and Books network, led by Jennifer Richardson and  Richard Wistreich.

At St Peter's I teach undergraduate courses in the period 1660-1830, and the Shakespeare paper. In the Faculty, I lecture on Restoration comedy, the History of Reading, High and Low Culture, Pope, Swift, Montagu, Behn and Rochester. Along with Ros Ballaster, Christine Gerrard, and David Womersley, I taught a third year syndicated option on 'Grub Street', which explored the ephemeral productions of the early eighteenth century alongside more canonical texts. With my colleague Adam Smyth I am currently teaching a third-year option for paper 6 on 'Texts in Motion', about the material forms of books and the ways they circulate in different forms and media. I also teach undergraduate and graduate courses on sociability and material culture, along with Dr Giovanna Vitelli, in the Ashmolean Museum, and am presently a Mellon-funded Faculty Fellow at the Ashmolean, where I am developing new ways of teaching with objects and images. I have offered and taught MSt options on Poetry and Politics, and the literature of Grub Street. Topics for doctoral supervision have included: celebrity and female actors in the eighteenth century; Defoe and historiography; quotation of Shakespeare in the eighteenth-century novel, the correspondence of Jacob Tonson; labouring class verse and depictions of slavery, and Pope's letters. From October 2014 I have supervised an AHRC Collaborative Doctoral Award on domestic reading, led jointly with the Geffrye Museum of the Home, in London.

My edition of Jonathan Swift's Journal to Stella for the new Cambridge Complete Works of Jonathan Swift came out at the end of 2013. You can watch me talking about my research on Swift in a short YouTube lecture on 'Swirls and Secrets'. I was the Principal Investigator of a Leverhulme Research Project Grant, which will enable the creation and completion of the Digital Miscellanies Index. This three-year externally funded project created a freely available database enabling researchers to track the changing fortunes of individual poems and authors across the thousand or so miscellanies (popular poetic anthologies) published during the eighteenth century. The Index is currently hosted at the Bodleian Centre for the History of the Book, and the contents of the Index are based on the Bodleian's Harding Collection of Printed Music, left to the library in 1974 by Walter N.H. Harding, a British-born Chicagoan ragtime pianist. Click here for a link to 'Ragtime to Riches', the Radio 3 programme  I presented about Harding and his collection. There is also a blog for the Digital Miscellanies project.

My second Leverhulme Research Project Grant, 'A New History of Reading and Authorship' links the DMI to two other major indexes of seventeenth-century miscellanies, created by Professor Michelle O Callaghan (Reading) and Dr Adam Smyth (Oxford). This will create a unifed resource across the period 1540-1780. Working with Dr Carly Watson, the postdoctoral project manager, we are exploring the evolving nature of readership and authorship in this period. My monograph, The Social Lives of Books, forms a major part of this project.

My next book project will be a study of intertextuality and reading, entitled Wilful Misreading, to be published by Princeton University Press. 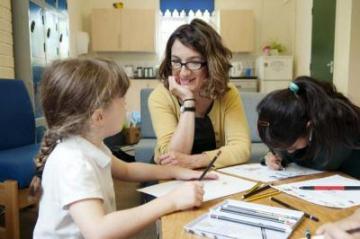 I was the first Knowledge Exchange Champion for the Humanities Division, and I continue to be interested in collaborations between humanities researchers across the university, and external institutions, charities, businesses and cultural organisations. For more information on knowledge exchange in the division, see www.torch.ox.ac.uk/knowledge-exchange.