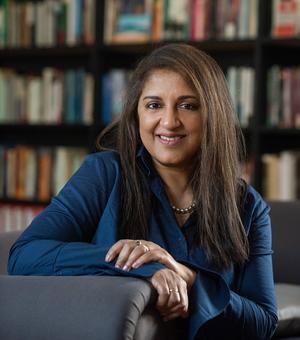 While my first monograph, Aesthetic Hysteria: The Great Neurosis in Victorian Melodrama and Contemporary Fiction (Routledge, 2007), drew largely on Victorian literature and culture, my second book, What Is a Classic? Postcolonial Rewriting and Invention of the Canon (Stanford University Press, 2014) asks how classics emanate from postcolonial histories and societies. Exploring definitive trends in twentieth- and twenty-first century English and Anglophone literature, I examine the relevance of the question of the classic for the global politics of identifying and perpetuating so-called core texts. Emergent canons are scrutinized in the context of the wider cultural phenomena of book prizes, the translation and distribution of world literatures, and multimedia adaptations of world classics. The book's ambitious historical schema includes South Asia, Africa, the Middle East, the West Indies, Australia, New Zealand, Europe, and North America. What Is a Classic? won the British Academy Rose Mary Crawshay Prize for English Literature in 2015.

My third book, Unseen City: The Psychic Lives of the Urban Poor is an interdisciplinary study of the relationship between global cities, poverty, and psychoanalysis across three continents. It is also an experimental work of literary and cultural criticism, examining fictional representations of poverty in relation to each city's psychoanalytic and psychiatric culture. The causal relationship between precarity and mental illness is explored through clinical case studies, the product of extensive collaborations and knowledge-sharing with community psychotherapeutic initiatives in six global cities. Unseen City argues that a humanistic understanding of the living, suffering, and surviving lives of the dispossessed is key to an adapted psychoanalysis for the poor, and that seeking equity of the psychoanalytic unconscious is key to poverty alleviation. It was published by Cambridge University Press in 2021.

I have co-edited, with Laura Marcus, a Blackwell Concise Companion to Psychoanalysis, Literature, and Culture (2014), which showcases new work by leading critics in the field of literary psychoanalysis and edited After Lacan, a collection of essays on the intellectual and cultural legacies of the psychoanalyst Jacques Lacan (2018). I am co-editing, with Ato Quayson, a collaborative volume titled Decolonizing the English Literary Curriculum, which will be published by Cambridge UP (2022) with an initial run of 25,000 copies. I am also under contract to write the OUP Very Short Introduction to Postcolonial Literature.

My graduate teaching is closely allied to my research interests and has included topics such as literature and psychoanalysis; race and writing; postcolonialism and feminism; the novel and human rights.

I have supervised fifteen doctoral students to date on a wide range of topics including Victorian travelogues on Meiji Japan; the aesthetics of hunger in Beckett, Auster, and Coetzee; partition narratives from South Asia and the Middle East; disability in the postcolonial Anglophone novel; the Caribbean intellectual genealogies of V. S. Naipaul; literature, neuroscience, and affect; representations of the Indian Emergency; Theodor W. Adorno and postcolonial literature.

I have chaired Moderations/Prelims over 2010-12 and co-convened the Victorian and World Literature MSts successively (2019-21). I host, with Elleke Boehmer, a long-running postcolonial studies seminar, held fortnightly in term at Wadham College.

I am on the editorial board of English Literary History, Contemporary Literature, Paragraph, and Women: A Cultural Review and an Associate Editor of The Cambridge Journal of Postcolonial Literary Inquiry. I review books for Cambridge University Press, Stanford University Press, Routledge, and a host of international peer-reviewed journals, including Interventions, Ariel, Notes and Queries, Postcolonial Literary Inquiry. My research has been funded by the British Academy, AHRC, Wellcome Trust, and John Fell Fund.

I was a Visiting Fellow at the Humanities Research Centre, The Australian National University, in 2014, and John Hinkley (Visiting) Professor at Johns Hopkins University (Spring 2019).

I am one of 150 world-renowned academics chosen to share their pioneering research on a new educational website and app titled "EXPeditions." In a trio of short videos, I talk about psychoanalysis at the intersection of race, migrancy, and poverty in global cities, the subject of my forthcoming book, Unseen City. The three EXPs can be accessed on my personal page on the website: https://www.joinexpeditions.com/experts/3078.