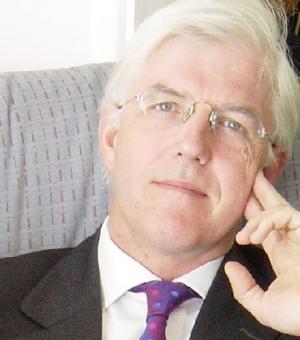 I have research interests in the ‘long eighteenth century’, and also to a lesser extent in the early modern period. My doctorate was on the historian Edward Gibbon, on whom I have written two monographs, and whose Decline and Fall of the Roman Empire I have edited for Penguin. I also have a long-standing interest in sixteenth-century historiography and historical drama, on which subject my monograph, Divinity and State, was published by OUP in 2010. I was a General Editor of the CUP ‘Complete Writings of Jonathan Swift’, for which I have edited the volume devoted to Gulliver’s Travels (CUP, 2012). Two current research projects are: a monograph on Gibbon and commerce, and a study of the history and deployment of the concept of barbarism in Western Europe from antiquity to the present day.  My OSA edition of a selection of the writings of Samuel Johnson (OUP, 2018) went into paperback in 2020.

I am the General Editor of the OUP Writings and Correspondence of Edward Gibbon, projected to be published in 26 volumes. I am also the General Editor of the 'Thomas Hollis Library', published by Liberty Fund of Indianapolis.  This series publishes modern editions of a selection of the most important books sent by the Whig Thomas Hollis to the library of Harvard College, in order to nourish and direct the attachment of the colonists to liberty.  Volumes already published are: Locke, On Toleration, edited by Mark Goldie; Molesworth, An Account of Denmark, edited by Justin Champion; Nedham, The Excellencie of a Free State, edited by Blair Worden; Montagu, Reflections on the Rise and Fall of the Ancient Republicks; John Brown, Estimate of the Manners and Principles of the Times and Other Writings; John Trenchard et al., Standing Army Pamphlets; and Henry Neville, The Isle of Pines and Plato Redivivus (the last four volumes edited by myself).

I am involved in a collaboration with the University of Lausanne, focused on the rich holdings of the Archives Cantonales and the Archives de la Ville, and I have academic connections with LMU Munich and the C.F. von Siemens Stiftung, Munich.

I have recently given classes or lectures on the following subjects: ‘English Literature and the French Revolution’; ‘Jonathan Swift’; ‘Alexander Pope’; ‘Some Versions of Gothic’; ‘Shakespearean Tragedy’; ‘Elizabethan History Plays’; 'Defoe'; and 'Gulliver's Travels'. I am currently developing courses on 'English Representations of India during the Colonial Period' and 'The Literature of Colonialism and Empire, 1660-1840'.  I have recently supervised graduates working in the following areas: Catholic Writing, 1660-1750; The Depiction of Law in the Novel of the 1790s; Philosophic Historiography in England and France; Science and Satire, 1660-1730; The Past / Present Topos in English Literature, 1680-1796; Shaftesbury and Manners; the English Deists; Literature and Economics in the Eighteenth Century; Defoe and the Civil War; Natural Law in English Literature, 1640-1730; Sir Walter Scott and the Chronicle Genre.

I read English at Trinity College, Cambridge before holding a Junior Research Fellowship at Pembroke College, Cambridge and then a Lecturership in the School of English at the University of Leeds. I was a Tutorial Fellow in English at Jesus College, Oxford from 1984 until 2002, when I became Thomas Warton Professor of English Literature and took up a fellowship at St. Catherine’s College.
I am a Fellow of the British Academy and of the Royal Historical Society.  In 2018-19 I held a C.F. von Siemens Fellowship at the C.F. von Siemens Stiftung, Munich.