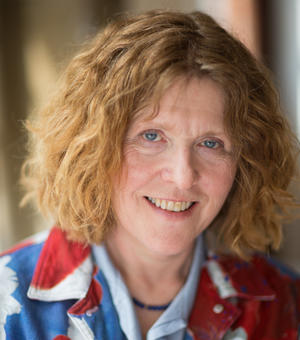 My work is rooted in the Romantic period, but has always branched out in various directions.  My first book, The Sublime Savage, was on the eighteenth-century Scottish Highland poet and creative translator, James Macpherson, and the global phenomenon of the Poems of Ossian.  Since then I have published widely on many Romantic period writers, including Austen, Burns, Byron, Clare, Coleridge, Keats, Scott, the Shelleys, Wordsworth.  I have also traced connections between the Romantic period and the present and explored the relationships between writing and place.  The natural world itself, as well as literary representations, inspire my writing on trees, flowers, and coastal regions: I find field work and literary work mutually enriching.  I continue to work on Romantic literature and its legacies, Scottish and Irish literature, Archipelagic writings and art, place and nature, literature and the environment, literature and the visual arts.

My books include The Last of the Race: From Milton to Darwin; Starting Lines in Scottish, English and Irish Poetry: From Burns to Heaney; Local Attachments (winner of the Rose Crawshay Prize); Reading Romantic Poetry; The Long, Long Life of Trees (Sunday Times Nature Book of the Year, 2016); Jane Austen: A Brief Life; The Brief Life of Flowers.  I have also edited Emma for Penguin, Pride and Prejudice for Oxford World’s Classics, Lyrical Ballads, for Oxford World’s Classics; Stories of Trees, Woods and the Forest for Everyman and with Nicholas Allen, Archipelago: A Reader for Lilliput Press.

Professor Stafford's page on the University of Oxford's Find an Expert