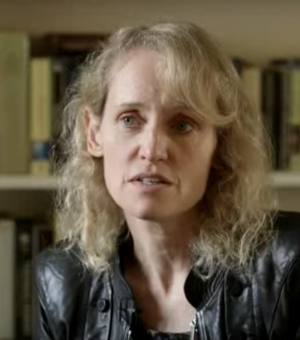 I am interested in the connections between literature, intellectual history, and philosophy (especially moral and critical philosophy), primarily since 1830. My most recent book, The Value of the Humanities (2013) is a critical account of the claims standardly employed to defend the public value of the humanities. It identifies five main arguments: that the Humanities study the meaning-making practices of culture, and bring to their work a distinctive understanding of what constitutes knowledge and understanding; that, they are useful to society in many ways, but tend to be at odds with, or at a remove from the descriptions of ‘usefulness’ often preferred by economists; that they contribute to human happiness; that they are a force for democracy; and that they are a good in themselves, to be valued 'for their own sake'. Unlike many works in this field, The Value of the Humanities is not a polemic or a manifesto. Its purpose is to examine the grounds for each argument, and to test their individual and collective validity for the present day. My previous book, The Long Life (2007) explored the view that to understand old age we have to consider more fundamentally what it means to be a person, to have a life, to have or to lead a ‘good’ life and to be part of a just society. This was the first major consideration of old age in Western philosophy and literature since Simone de Beauvoir’s The Coming of Age, ranging from the writings of Plato through to recent work by (among others) Derek Parfit and Bernard Williams, and from Shakespeare’s King Lear through to Philip Roth and J. M. Coetzee. I am currently working on a book, funded by a Leverhulme Trust Fellowship, entitled The Function of Cynicism at the Present Time.

In addition, I regularly write essays about Victorian fiction, poetry, and public moralism, and I have edited several well-known and less well-known nineteenth-century literary works, including Vanity Fair, Wuthering Heights, The Lifted Veil and Brother Jacob, The Eustace Diamonds, The Last Chronicle of Barset, and (with Stephen Wall) Little Dorrit. I am on the editorial board of the Journal of Victorian Culture (https://academic.oup.com/jvc) and the advisory board of History of Humanities (https://www.journals.uchicago.edu/toc/hoh/current).

Most of my teaching is concentrated on Victorian and later literature. I also teach Critical Theory, and supervise undergraduate and graduate work in the cross-disciplinary areas of literature and philosophy, literature and intellectual history, and literature and history of science (primarily post 1830).