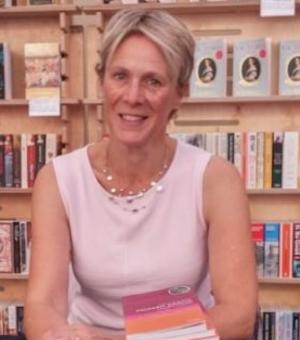 My research encompasses three main areas of interest: the interaction between theatre and science; the writings of Henrik Ibsen; and the relationship between modernism and theatrical performance.  Amongst my recent publications are The Cambridge Companion to Theatre and Science (2020), Modern Drama: A Very Short Introduction (OUP, 2016), Twentieth-Century Approaches to Literature:  Late Victorian into Modern (OUP, 2016, co-edited with Laura Marcus and Michele Mendelssohn), and several book chapters and articles in all three of these research fields.

My book Theatre and Evolution from Ibsen to Beckett (Columbia University Press, 2015), which was supported by a Leverhulme Research Fellowship in 2011-12, traces how the central ideas of evolutionary theory have made their way onto the stage, either directly or indirectly, since the 1820s.  You can read Dan Rebellato's review of the book in Contemporary Theatre Review here.  This work on theatrical engagements with evolutionary ideas stems from my second book, Science on Stage: From Doctor Faustus to Copenhagen (Princeton University Press, 2006; paperback 2012), and from the session I organized and chaired on Darwin and the Stage for the international Darwin Festival in Cambridge (2009).  I have also published articles on theatre and science in Women:  A Cultural Review, American Scientist, Interdisciplinary Science Reviews, Physics World, Nature, and Gramma, and together with Carina Bartleet I co-edited two special issues of Interdisciplinary Science Reviews (December 2013 and September 2014) on “New Directions in Theatre and Science.”  My chapter on nineteenth-century theatre's engagements with mechanisms of transmission appears in Theatres of Contagion, ed. Fintan Walsh (2019).  I am also developing a research interest in theatre, technology, and backstage labor, and gave a keynote address on this topic at the 2018 conference of the British Society for Literature and Science.  A chapter based on this material appears in my Cambridge Companion to Theatre and Science.  Also within the realm of theatre and science, I am developing research on theatre and climate change.

My work on Ibsen and on theatrical modernism began with my first book, Ibsen and Early Modernist Theatre, 1890-1900 (Westport, CT:  Greenwood Press, 1997), a comparison of the first British and French productions of Ibsen’s plays and the critical responses to them in relation to modernism and the avant-garde theatre.  Since then I have continued to explore the role of theatrical performance within the modernist movement, for example looking at the use of scent in the Théâtre d’Art’s synaesthetic production of Song of Songs in 1891 (Theatre Research International), analyzing Edvard Munch’s set designs for Ibsen plays produced by Max Reinhardt (Nordic Theatre Studies), rethinking Ibsen’s “globalism” (Ibsen Studies), and reconsidering Joyce’s play Exiles within its theatrical context (Theatre Research International).  My chapter on gender and theatricality in Hedda Gabler appears in Henrik Ibsen's Hedda Gabler:  Philosophical Perspectives, ed. Kristin Gjesdal (OUP, 2017).  It looks closely at Elizabeth Robins, actress, novelist, playwrights, feminist writer and activist, who played the first Hedda in London and was one of the key figures in Ibsen's reception in Britain.  Together with Alexandra Paddock I wrote the 'Elizabeth Robins' entry for Oxford Bibliographies On-Line for Oxford University Press (2018) which places Robins more prominently within nineteenth-century studies.  To hear me discussing Ibsen on Melvyn Bragg's "In Our Time" in May 2018, listen here:  https://www.bbc.co.uk/programmes/b0b42q58

Alongside these very focused studies I have also published pieces that look more broadly at the field and some of its methodological challenges, for instance discussing the historiography of modernism with regard to theatrical performance (in Modernist Cultures) and analyzing the emergence of the “new drama” of modernism (in The Oxford Handbook of Modernisms and in a chapter co-authored with Sos Eltis, "What Was the New Drama?" in Late Victorian into Modern.

I work regularly with theatres as a consultant on productions and on outreach, including the National Theatre, the Old Vic, Theatre at Chipping Norton, Pegasus Theatre Oxford, the Oxford Playhouse, and Theatre for a New Audience, New York.  Listen here to my conversation with Sir David Hare about the process of adaptation, focusing on his version of Ibsen's The Master Builder with Ralph Fiennes, directed by Matthew Warchus at the Old Vic in 2016. A clip of Ralph Fiennes and me talking about the play can be found here.  Working with Professor Sally Shuttleworth and Theatre Chipping Norton I co-created The Contagion Cabaret which you can watch here.

I have co-founded and co-convened several TORCH research networks since 2013:  the Nordic Network and the Ibsen Phenomenon Network, both offering a space for discussion of Scandinavian research interests here at Oxford, and the Theatre and Performance Network.  See the TORCH website for details of these networks:  http://torch.ox.ac.uk/networks.

I have been serving as a Humanities Innovation Champion for the university since 2018 based on my digital innovation project LitHits, which aims to break down barriers to reading and encourage wider engagement with literature.  LitHits has been supported by the University Challenge Seed Fund, the Van Houten Fund, and the BEP fund, and is currently looking for external funding and investment.  The project received a 'Highly Commended' award in the 'Inspiring Leadership' category of the Vice-Chancellor's Innovation Awards 2020.

I served as Knowledge Exchange Champion for the Humanities at Oxford (2015-18):  http://torch.ox.ac.uk/knowledge-exchange  From 2016-17 I led an AHRC-funded Cultural Engagement project called "Connecting Oxfordshire Theatres with Research" that sought to bring the region's dynamic theatre and performance scene into closer contact with the university's research in mutually beneficial ways.  You can read more about this project here:  http://torch.ox.ac.uk/connecting-oxfordshire-theatres.

Kirsten Shepherd-Barr joined the English Faculty in 2007 from the Department of Drama and Theatre Arts at the University of Birmingham.  Before that she was an Associate Professor of English at North Carolina State University.  She received her B.A. in English from Yale University in 1988 and her D.Phil. from Oxford in 1995. She studied Nordic Literature and Languages at the University of Oslo (achieving grunnfag) on a Fulbright Grant in 1990-91.

Professor Shepherd-Barr's undergraduate teaching encompasses the Prelims Victorian and Modern papers, various Paper 6 courses (Modern Drama, the Fin de Siecle, Literature and Science, and Modern American Drama), and faculty lectures on a wide range of topics within theatre studies, modern drama, and literature and science from the nineteenth century to the present.

For the M.St. her teaching includes courses on Post-1945 Drama, Twentieth and Twenty-First Century Theatre, Drama 1850-1900, and Women and Theatre.  She has also co-convened the Drama and Performance seminar series and the Science and Literature seminar series (with Dr Michael Whitworth), and is Senior Member of TAFF.