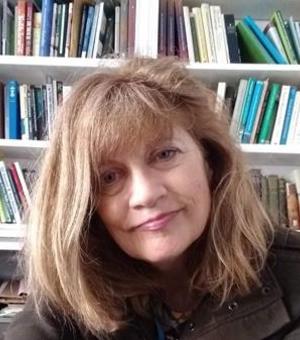 My research focusses on a wide range of aspects in the history of English (1750-), in its social, cultural, as well as linguistic aspects. I have particular interests in the history of pronunciation (and its representation in literary as well as non-literary works), as well as in the history of dictionaries. My Very Short Introduction to Dictionaries (OUP, 2011) explores the history and use of the dictionary as linguistic/ cultural form, while I have written a number of books and articles on lexicography between 1700 and the present day -- including  Samuel Johnson and the Journey into Words (OUP, 2015; revised paperback edn 2018), as well as earlier books on both Johnson and the Oxford English Dictionary. I am currently working on the English Words in War-Time Project, for which I was awarded a Leverhulme research grant and Fellowship in 2019. The project examines  the work of Andrew Clark, a long-time contributor to the OED who, at the start of WW1, decided to make his own investigations into words and meaning as a way of tracking on-going historical change, and its representation, especially on the Home Front. For the project blog and website, click here. My new book -- Writing a War of Words. Andrew Clark and the Search for Meaning in WW1 -- will be published by Oxford University Press in 2021.

Other research interests focus on the representation of social and other varieties in Victorian fiction, most recenly in the work of George Gissing. I am part of  ‘Literary languages in Victorian Britain’, an AHRC-funded research network (2021--) which aims to bring together historians, linguists, and literary scholars to explore how debates about, and theorisations of, language influenced the writing and reception of fiction and poetry, and definitions of “literature” in the Victorian period.

While I am also continuing to work on Sanmul Johnson and language, my next research project, emerging out of a new course on 'Discourse and Diversity in the History of English' delivered in the Engish faculty in 2020,  will, however, centre on language, race, and Frank Barber, Samuel Johnson's major legatee (and a freed Jamaican slave).

Language and persuasion, especially English in the history of advertising. Co-convenor (2020--) of 'Language, Persuasion, People, Things' .

Discourse and Diversity in the History of English (a critical survey of some of the silences in traditioal language history, especially in relation to issues of gender, race, social location, and private writing)

I am a Governor of Samuel Johnson's House in London and involved in planning a major new exhibition on Francis Barber for 2022.  In 2020, I was co-curator of 'The Art of Advertising' exhibition which opened in the Weston Library in Oxford. See:

‘The Economist’, July 2010, position piece and ‘expert guest’  in The Economist's online debate on language addressing the motion "The English-speaking world should adopt American English

‘A journey through spin’, Guest blog for OXfordWords blog. http://blog.oxforddictionaries.com/

For an extensive set of posts on language and language change in the First World War, see the English Words in War-Time Project at htttp//wordsinwartime@wordpress.com