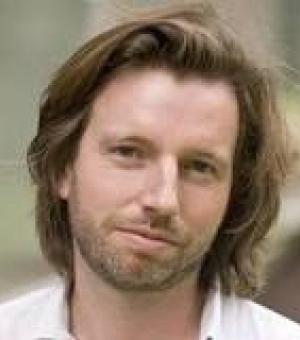 I am interested in how literature germinates between and crosses languages; in translation as a creative process, especially as it involves Italian, French, the classics and the many languages of English; in comparative and world literature; in writing about visual art; and in the practice of fiction. I am most at home in the 19th & 20th & 21st centuries but my work has ranged back as far as the early modern period. My current research (AHRC-funded, 2016-20) develops the concept of Prismatic Translation, looking at the power of translation to multiply and regenerate texts in different times and places. There is a book, Prismatic Translation, and a website, Prismatic Jane Eyre: An Experiment in the Study of Translations, which offers interactive maps and visualisations of the phenomenon of Charlotte Brontë's novel as it has been translated more than 500 times into more than 50 languages. Like much of my recent work, this project involves collaboration with many people, and is housed in the Oxford Comparative Criticism and Translation research centre, which I founded and chair.

Looking back, my first book, The Realms of Verse (2001) explored interactions between aesthetic and political unity during the mid-nineteenth century: it uncovered ‘a politics of form … very different from that which prevails in most criticism’ (Studies in English Literature). I then become interested in modes of un-Englishness in literary writing, for instance when the writing is set abroad and/or the language used in foreign-seeming ways. This led me to focus on translation and ‘versioning’ as creative practices: I wrote essays about several poet-translators and co-edited a collection of English responses to Dante. The award of a Leverhulme Major Research Fellowship allowed me to develop this work into The Poetry of Translation: From Chaucer & Petrarch to Homer& Logue (2011). This book shows that the idea of translation as a carrying-across of meaning is inadequate to all translation and especially to the translation of poetry. Different metaphors are needed to describe the work-across-languages that occurs in poetic translation: for instance,  ‘opening’ the source text, pursuing desire, succumbing to passion, taking a view, zooming in, dying, metamorphosing, or bringing to life. What's more, these metaphors can be shaped by the texts that are being translated, so that source-texts can determine something of what is done to them: this is what I call ‘the poetry of translation’.  I then published Likenesses: Translation, Illustration, Interpretation (2013): it gathered the best of my essays written for the London Review of Books, Times Literary Supplement and elsewhere during the previous decade or so, weaving them together with new work that extended the argument of The Poetry of Translation towards the visual arts and various translational kinds of writing in poetry and recent fiction.

I then wrote Translation: A Very Short Introduction for OUP (2016): a key aim of this little book was to reconceptualise translation as happening across a global landscape of language variety, rather than between separate (standardised) languages. This is the view that is now being developed through the Prismatic Translation project, and related ongoing work such as Translationality: Literature Across Languages for OUP's 21st Century Approaches series.

Other recent work includes Minding Borders: Resilient Divisions in Literature, the Body and the Academy (2017), Comparative Criticism: Histories and Methods, an essay on literature and multimodality, and the collaborations Translation as a Common Language with Tiphaine Samoyault and Yen-Mai Tran-Gervat (CERC-Paris III) and Stories in Transit with Marina Warner.

I am committed to the practice of fiction. Designs for a Happy Home: A Novel in Ten Interiors came out in 2009, and The World Was All Before Them in 2013; my current writing has to do with autobiography and with sculpture. My creative work tends to explore space, languages, awkwardness, trust and mistrust in ways that have some points of contact with my criticism and scholarship.

To undergraduates, I teach 19th-20th-21st century literature, comparative literature, the English language, and critical theory. At Masters level, I teach on the MSt in Comparative Literature and Critical Translation which I originated and convene, and supervise dissertations on comparative and translational topics. I have supervised DPhil theses on translation and illustration in the 19th and 20th centuries, Victorian poetry, Dryden's Virgil, C20th literary criticism, European modernism, C20th poetry, etymology, postcolonial representations of Cyprus, Anglo-Chinese literary discourse, and nonsense. I welcome DPhil proposals that have to do with comparative literature and translation.

I am Chair of Research Development for the International Comparative Literature Association, and General Editor of the Legenda book series Transcript. I am also a member of the editorial board of Forum for Modern Language Studies, and have previously served on the AHRC Peer Review College, the Faculty of the British School at Rome, the editorial boards of Translation and Literature and British and Irish Contemporary Poetry, and as Honorary Secretary of the British Comparative Literature Association.  As Chair of the Oxford Comparative Criticism and Translation Research Centre I oversee a rich programme of seminars, workshops, conferences and talks, as well as the Oxford-Weidenfeld Translation Prize and the Weidenfeld Visiting Professorship in Comparative European Literature. I held a Leverhulme Major Research Fellowship 2006-9, and won a Teaching Excellence Award in 2013.