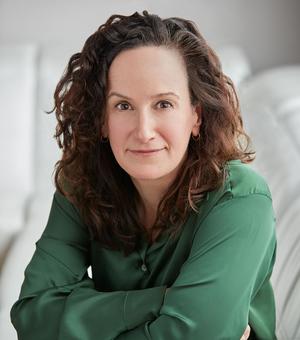 Michèle Mendelssohn is Professor of English and American Literature and Tutorial Fellow at Mansfield College, Oxford. She co-convenes the MSt in Victorian Literature. Her research spans the late 19th century to the present day. She has taught American, African American, British and Canadian literature.

She has written, co-edited and introduced 7 books: Making Oscar Wilde, Late Victorian into Modern, 1880-1920; Writing Under the Influence: Essays on Alan Hollinghurst; Henry James, Oscar Wilde and Aesthetic Culture; Why Friendship Matters; No Place Like Home; Oscar Wilde's The Happy Prince and Other Tales. Her next book, The Ice Breaker, tells the story of one of the first woman-led expeditions to the Arctic. It was inspired by a Knowledge Exchange Fellowship with the Pitt Rivers Museum.

Her recent biography of Oscar Wilde was a semi-finalist for the PEN America Biography Prize and a finalist for both the Biographers' Club Slightly Foxed First Biography Prize and the LGBTQ Polari Prize. It was selected as a Book of the Year by the Sunday Times, Times Literary Supplement and The Advocate. Watch her answer some Frequently Asked Questions about the book here:

Why did Oscar Wilde travel to the USA?

How did Oscar Wilde’s tour of the USA shape his future?

What surprised you while writing Making Oscar Wilde?

How would you explain Oscar Wilde’s continued appeal?

The audiobook is available here.

She co-curated Making History: Christian Cole, Alain Locke and Oscar Wilde at Oxford. This exhibition, event series and interactive website showcases the shared history of Oxford’s trailblazing Black and Queer undergraduates through archives and personal testimony spanning the 19th c. to the present day. In this short video, she and University College Librarian Elizabeth Adams introduce the exhibition, discuss their inspiration for it and explain why its themes are still relevant. The project was shortlisted for the Vice-Chancellor's Diversity Award.

Her writing has appeared in The New York Times, The Guardian, The American Scholar and The Mail on Sunday as well as in peer-reviewed journals including African American Review, Victorian Literature and Culture, Nineteenth Century Literature, and the Journal of American Studies. She is a commissioning editor of English Review magazine. Based on new research and archival evidence, Making Oscar Wilde tells the story of a local Irish eccentric called Oscar who became a global cultural icon called Wilde. Set on two continents, the book is a cultural history of sensation-hungry Victorian journalism and popular entertainment alongside racial controversies, sex scandals, and the rising power of Irish nationalism in the United States. Watch here.

ONE OF THE YEAR'S BEST BOOKS

"A must read"– The Sunday Times

"An extraordinary new take on Wilde. Even those who claim to know him intimately will be astonished and enthralled by Mendelssohn’s fresh perspective on his multifaceted life."– Eleanor Fitzsimons in The Irish Times

"Making Oscar Wilde is a fresh, exciting and illuminating study of the construction of celebrity and reputation. … The story of St. Oscar will never be the same." – Elaine Showalter, Professor Emerita of English, Princeton University and Fellow of the Royal Society of Literature

"One of the most devastating, complex and presently political literary biographies I’ve ever read." – Eileen Myles, author of Chelsea Girls

"A retelling of Wilde's American adventure that genuinely makes you rethink vital elements of his life and work ... Mendelssohn's research is prodigious." – Rachel Cooke in The Observer

"Michèle Mendelssohn's astonishing demonstration [shows] that just when you thought you knew everything about the life of Oscar Wilde, there's more.… someone could make a movie out of Making Oscar Wilde." – Andrew Holleran in The Gay & Lesbian Review

"The story of Wilde’s American tour has often been told before; but never like this. ... Mendelssohn is the first critic to refute the triumphant self-serving spin put on the tour by both Wilde and his promoters." – Kate Hext in the Times Literary Supplement

"Both tragic and touching, Mendelssohn has penned a biography worthy of its subject. She takes the reader behind the scenes of Victorian England and post-Civil War America to reveal a secret self-creation that would make modern internet influencers turn green with envy." – The Advocate

"Making Oscar Wilde offers an astonishing window into Wilde’s American flaneuring, adding to what even extreme Oscar-obsessives like me thought they knew"– The Paris Review

"Now that America has come to seem so unsettled and so strange, two books help us to become more alarmed. One is Michèle Mendelssohn’s Making Oscar Wilde. It charts the early rise of Wilde, with special attention to how, during the 1880s, his lecture tours in America, a country beguiled by novelty and in need of excitement, made his name. As long as it was new, it seemed, America wanted it." – Colm Tóibín in The Guardian

"A vivid, intelligent look at Victorian celebrity culture through the rise to fame of one of its brightest stars." –  New York Journal of Books

"Enlightening and provocative ... Making Oscar Wilde is a breezily paced and entertaining read, and throughout Mendelssohn’s style is refreshingly unstuffy." – Gregory Mackie in Literary Review of Canada

"Mendelssohn ... refocuses the young Wilde for a new generation." – Franny Moyle, author of Constance: The Tragic and Scandalous Life of Mrs Oscar Wilde

"Vividly written, consistently illuminating, and lavishly illustrated, this book is full of surprises, above all in showing how Wilde’s Irishness played into the story of race relations in post-Civil War America." – Michael Gorra, author of Portrait of a Novel: Henry James and the Making of an American Masterpiece

"An original, meticulously-researched and beautifully-paced account of how a modern writer invented himself, and was invented, as an international artist-celebrity." – Declan Kiberd, Professor of Irish Studies, University of Notre Dame and author of Ulysses and Us

"A very fine work of biography that will be of value to scholars for many years to come." – Victorian Review

"Mendelssohn's book reveals a man for whom the word charisma could have been invented, but also a man living on the edge. ... This portrayal of Wilde will only add to the lustre of his reputation." – Steve Craggs in The Northern Echo Henry James, Oscar Wilde and Aesthetic Culture shows how two of the 19th century's foremost authors profoundly influenced each other and the period's literary and visual culture. Nominated for the 2008 British Association of American Studies Book Prize, the book explores why being ‘aesthetic’ mattered so much to Victorians on both sides of the sea and explains how Aestheticism responded to anxieties about culture, originality, sexuality and nationality.

“Fresh and detailed ... intelligent, probing ... Mendelssohn is surely right to push us to think about other ways of conceiving of James, Wilde and James-Wilde, ... this is always a rewarding and original book to read” – Mark Turner in 19: Interdisciplinary Studies in the Long Nineteenth Century

“Mendelssohn presents a fairer, more even-handed, subtler and completer picture… The book belongs to what might be called the history of ideas”  – Bernard Richards in Essays in Criticism

“In this engrossing book, Michèle Mendelssohn challenges the longstanding assumption that Henry James and Oscar Wilde shunned each other’s influence… Written with verve, and substantiated with meticulous research, Mendelssohn’s study offers a fresh perspective on aestheticism while illuminating the obscurities of a fascinating literary friendship.”  – Maud Ellmann, University of Chicago This ground-breaking book of 40 new essays opens up the fin de siècle and Modernism by interrogating the literary critical currency of these terms. Drawing on the work of established and emerging scholars of literature, this volume rethinks and expands the classic categories that have dominated criticism of the period.

"Late Victorian into Modern offers an extremely useful overview of the foundational work that fostered connections between the nineteenth and twentieth centuries, and points to ways forward. ... The collection as a whole is remarkable in its clarity, coherence, and organization." – Victorian Studies

“The book’s originality emerges in the way it highlights networks that include wide memberships, making individual authors visible as participants in a rich variety of cultural and aesthetic debates. ... This collection does excellent work in tracing thematic threads through texts beyond the centrally canonical. ... Thorough and enterprising, the collection’s essays commit to diving into the archive in search of gems that deserve revisiting. ... This is admirable for its canon-stretching promise.”  – Journal of Victorian Culture

Writing Under the Influence: Essays on Alan Hollinghurst Edited by Michèle Mendelssohn and Denis Flannery. (Manchester University Press, 2016, reissued in paperback in 2018, 211 pages.) This innovative, cross-generic collection is the first to consider the entire breadth of Alan Hollinghurst's Booker Prize-winning writing. Focused through the concept of influence, the volume addresses critical issues surrounding the work of Britain's most important contemporary novelist. It encompasses provocative and timely subjects ranging from gay visual cultures to Victorian, modernist and contemporary literature, as well as race and empire, theatre and cinema, eros and economics.

“Thanks in no small part to the contributions of this volume, Hollinghurst scholarship has come of age” –Ed Dodson in Review of English Studies

“Plumbs Hollinghurst’s debts to such figures as James, Firbank, and Housman… [and] place[s] the novelist in dialogue with more surprising literary and artistic sources…. Crediting Hollinghurst’s fiction with conducting acts of queer theorizing and queer critique pays tribute to the intelligence of his novels and links his work to active research agendas in queer theory.” –Charles Tyson in the Los Angeles Review of Books

She reviews for journals and advises on book proposals for several publishers. She welcomes further opportunities.

She has supervised many doctoral students to successful completion. She welcomes applications from new doctoral students, particularly those interested in researching transatlantic cultural histories and working with British, American and Canadian archives. 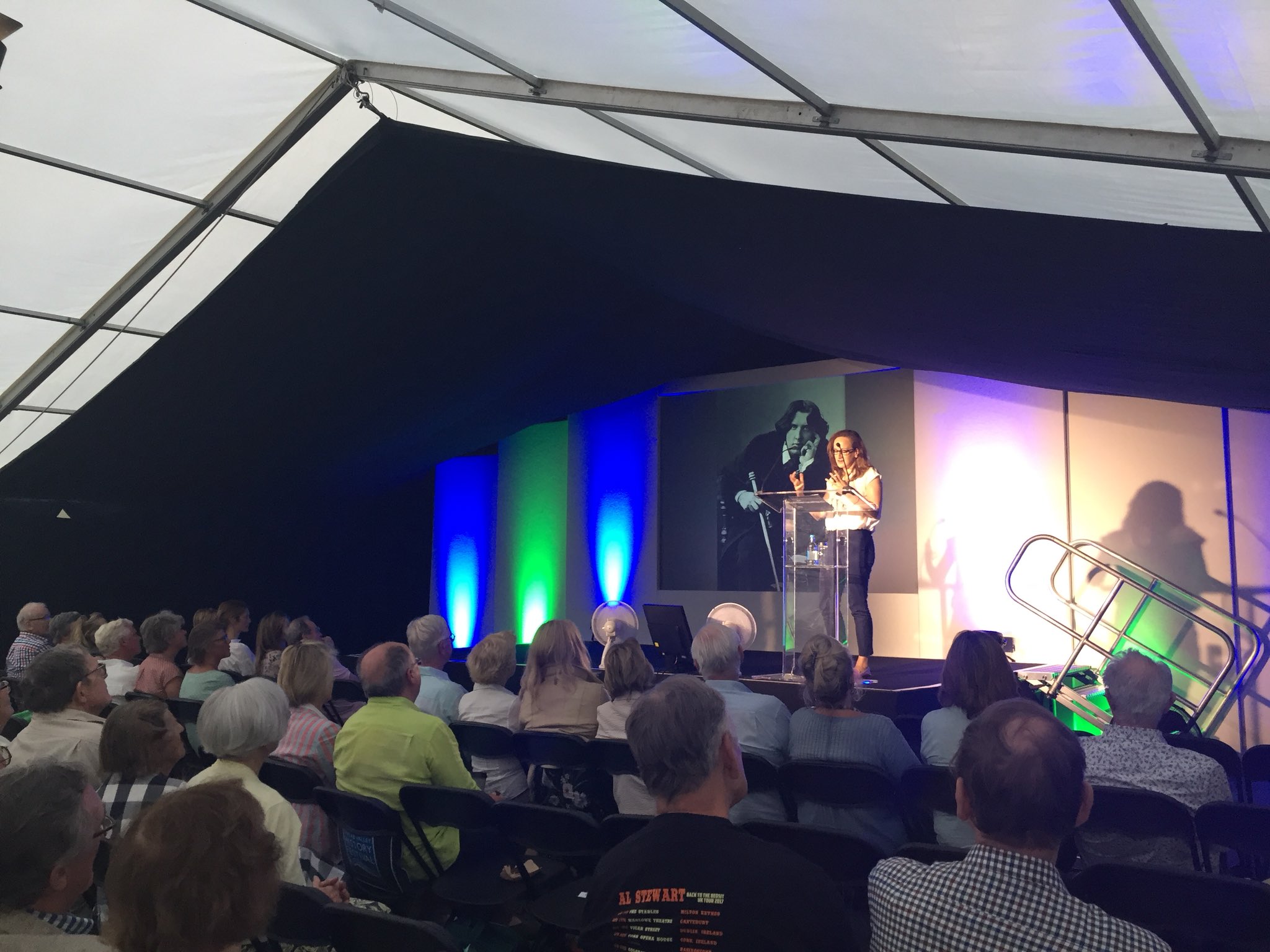 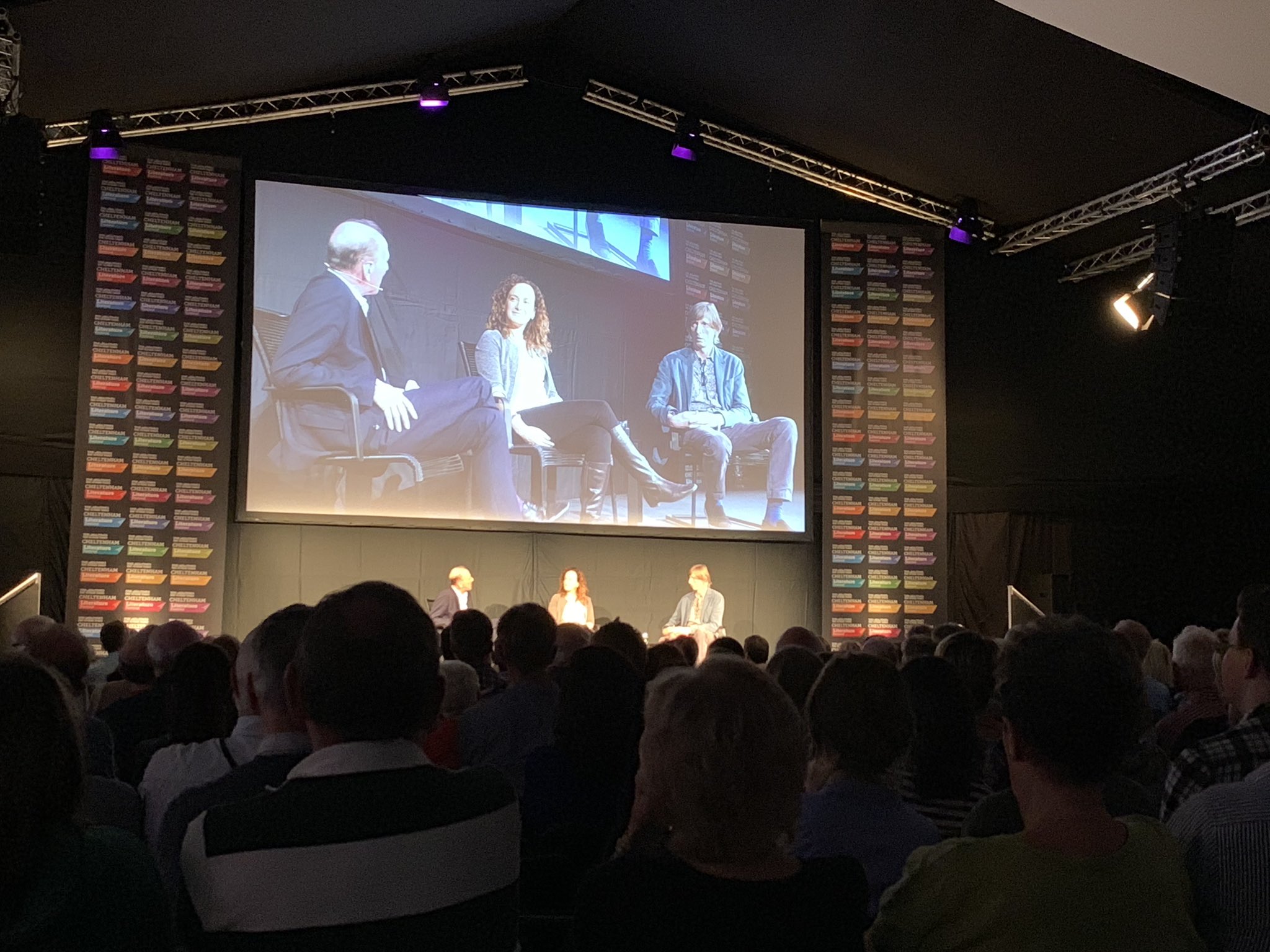 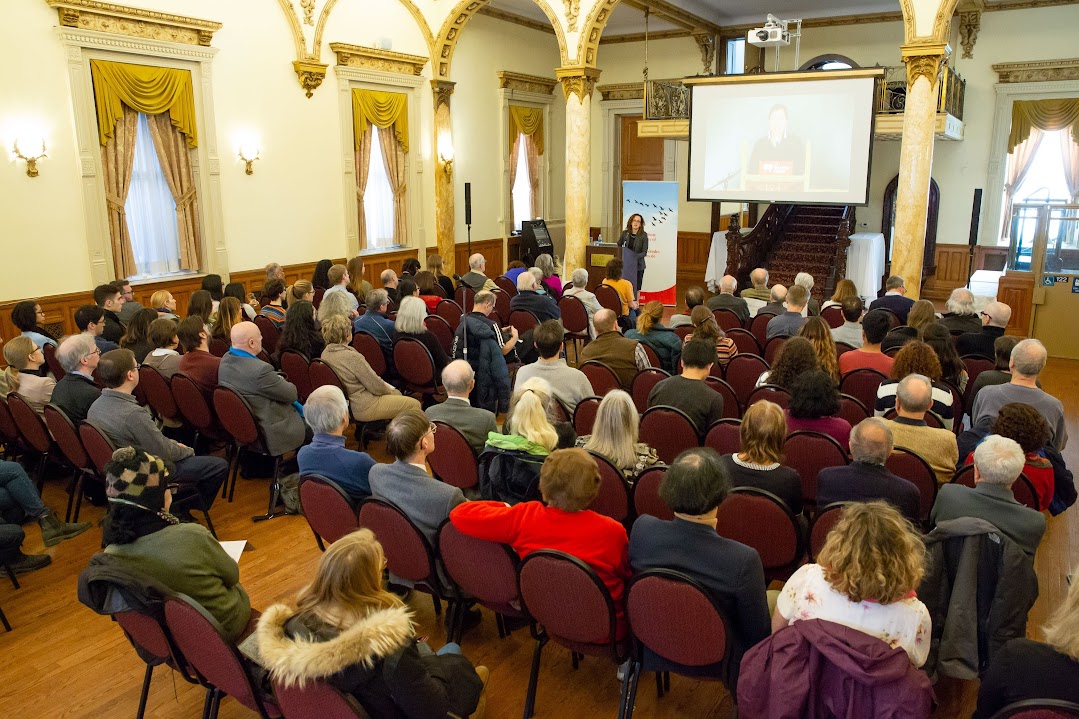 • Fellowship, Imperial Order of the Daughters of the Empire (declined) 2001-2

• Ferris Fund Grant for study at University of Perugia 2001

Born and raised in Montréal, Michèle Mendelssohn grew up in a bilingual family and attended local French schools until the age of 17. Canada's policies on multiculturalism and bilingualism influenced her views on the importance of cultural inclusion and equality. She earned her B.A. (cum laude) in English Literature and Western Society and Culture at Concordia University's Liberal Arts College. In the summers, she worked on a windswept island in Germany's North Sea. After graduation, she won a Deutscher Akademischer Austauschdienst Scholarship to study German Literature at the University of Heidelberg. She went to Cambridge University thanks to scholarships from the Commonwealth, British, Canadian and Québec governments. She earned her M.Phil. (First class) in American Literature and her Ph.D. in English Literature from Cambridge in 2003. During this time, she was also a Canada-U.S. Fulbright Scholar at Harvard University and a Lecturer in the Humanities at Boston University. In 2005, she joined Edinburgh University's English Department. She joined Oxford's English Faculty in 2009. From 2015-2017, she was Deputy Director of Oxford University's Rothermere American Institute. During her mandate, she managed the Institute's activities and created new programs to foster inclusive, research-led conversations across literature, history and politics. These included interdisciplinary events for students, faculty and the wider community, as well as public lectures and student-centred workshops with prizewinning thinkers, authors and leaders. In 2017-2018, she held the Eakin Visiting Fellowship in Canadian Studies at McGill University, where she also taught a class on contemporary Canadian writing. Her research has attracted international awards from the Leverhulme Trust, Yale University, Emory University, McGill University, and the University of Utah. She has lectured across Europe, the US and Canada. She has presented her research on international radio and TV, as well as in venues including the British Library, the National Theatre, the Belfast Book Festival, Chalke Valley History Festival and the Cheltenham Literary Festival.