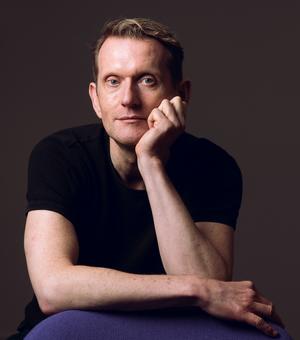 I completed my BA at the University of Cambridge in 1990, before spending a year as a Procter Visiting Fellow at Princeton University. In 1992 I started a PhD at Cambridge, which I completed in 1998. I was elected to a Junior Research Fellowship at Fitzwilliam College in 1995, and the following year I joined Emmanuel College as a Fellow in English. I moved to Magdalen College, Oxford, in 2002 as a Fellow and Tutor and CUF Lecturer in English Language and Literature. In 2015 I was elected a Fellow of the Royal Society of Literature.

I have published widely in the field of nineteenth-century literature. Becoming Dickens: The Invention of a Novelist (Harvard University Press, 2011), was featured on ‘The Review Show’ (BBC2), and won the 2012 Duff Cooper Prize for biography; it was also selected as a book of the year in the Irish Times, Library Journal, New Statesman, Sunday Times, Daily Telegraph, TLS, and Wall Street Journal, and has since been translated into Chinese. The Story of Alice: Lewis Carroll and the Secret History of Wonderland (Harvill Secker; Harvard University Press, 2015) was an Editor’s Choice in the New York Times, and was featured on Start the Week (BBC R4) and BBC Breakfast (BBC1); it was also chosen as a Book of the Week on Radio 4, read by Simon Russell Beale, and was one of Time Magazine’s Top 10 books of 2015. I have also produced several critical editions, most recently The Collected Peter Pan (OUP 2019) and A Tale of Two Cities (Norton 2019), and write regularly for publications including the TLS, Times, Guardian, Literary Review and Spectator. My most recent book is The Turning Point: A Year in the Life of Charles Dickens, which will be published in 2021 by Jonathan Cape im the UK and Alfred A. Knopf in the USA.

I teach across the undergraduate syllabus, including Paper 1 (Introduction to English Language and Literature), English Literature 1760-1830, English Literature 1830-1910, and English Literature 1910-present, plus various special authors and special topics. At graduate level, I currently teach on the 1830-1914 MSt and supervise a number of doctoral students. I was Chair of Moderators in 2010-12, and Deputy Chair of the English Faculty 2014-16, while at Magdalen I served as a Dean of Arts in 2005-11 and 2012-13.