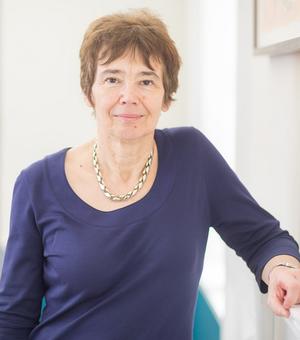 My research focuses on the inter-relations of literature, science and medicine, particularly in the nineteenth century, but in recent work I have also been collaborating with scientific colleagues, and exploring the connections between nineteenth and twenty-first century science and medicine. I have published books on George Eliot and Charlotte Brontë, and The Mind of the Child: Child Development in Literature, Science and Medicine, 1840-1900 (OUP, 2010). In this work I looked at a range of literary texts, including Dickens, Brontë, Eliot, Meredith, James, Hardy, and Gosse, in the light of the emerging sciences of child psychology and psychiatry, and the impact of evolutionary theory.

Between 2014-19 I was Principal Investigator on two large projects:  a European Advanced Investigator grant  ‘Diseases of Modern Life: Nineteenth-Century Perspectives’, and a large AHRC  grant in the field of Science and Culture, ‘Constructing Scientific Communities: Citizen Science in the 19th and 21st Centuries’. On the latter I worked with Professor Gowan Dawson at the University of Leicester, and my colleague in Astrophysics at Oxford, Professor Chris Lintott, and also our partner institutions, the London Natural History Museum, the Royal Society, and the Royal College of Surgeons. Both projects had large research teams, and ran extensive public engagement activities, including drama, light projections, film, and citizen science projects.

Sally Shuttleworth has previously held academic posts at the Universities of Princeton, Leeds and Sheffield, and fellowships at Harvard, Cornell, Otago, and the Max Planck Institute for the History of Science, Berlin. She moved to Oxford in 2005 to take up the role of Head of Humanities within the university, stepping down in 2011. Her work throughout her career has been focused on the inter-relations of literature, science and culture. Previous books include George Eliot and Nineteenth-Century Science (1984); Charlotte Brontë and Victorian Psychology (1996); Embodied Selves: An Anthology of Psychological Texts, 1830-1890 (1998), ed. with Jenny Bourne Taylor. Co-edited collections include: Nature Transfigured: Science and Literature 1700-1900 (1989); Body/Politics: Women and the Discourses of Science (1990); Memory and Memorials,1789-1914: Literary and Cultural Perspectives (2000); Culture and Science in the Nineteenth-Century Media (Ashgate, 2004), Reading the Magazine of Nature: Science and the Nineteenth-Century Periodical (Cambridge University Press, 2004) Science Serialised (MIT Press, 2004), Progress and Pathology: Medicine and Culture in the Nineteenth Century (Manchester UP, 2020).

Professor Shuttleworth is a Fellow, and Vice-President and Treasurer of the British Academy, and Chair of the Research Advisory Awards Committee of the Leverhulme Trust.