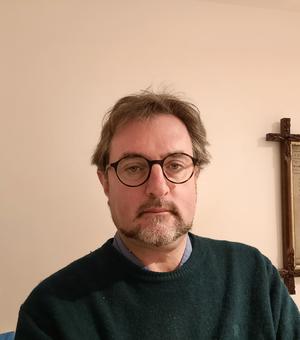 My interests are in the fields of English Romantic poetry and thought, especially Coleridge and Wordsworth, and in post-Romantic English poetry, especially Tennyson, Browning, Arnold, Eliot, Auden, Larkin, and their circles. I am interested in the relationship between political thought and poetry in the nineteenth century which has borne fruit in an edition of the poetry and prose of Matthew Arnold for Oxford University Press (2020). I also have an interest in the modern history of criticism, reflected in articles on A.C. Bradley, F.W. Bateson, and M.H. Abrams, and an edition of Empson's Some Versions of Pastoral (2020). I am co-editor, with Christopher Ricks and Freya Johnston, of the journal Essays in Criticism: A Quarterly Journal of Literary Criticism (OUP), the general editor of the Oxford edition of the works of William Empson, and also the general editor of the series, 21st-Century Oxford Authors. I write for the London Review of Books, the Times Literary Supplement, and the Literary Review, and elsewhere; and I am a contributor, with Mark Ford, to the LRB podcast series Close Readings. I am Fellow Librarian of Balliol College, where I am also Fellow for Charity Matters. I am currently working on an intellectual biography of W.H Auden for Bloomsbury, and a volume of essays about poetry for Princeton University Press entitled Turning Verses.

I was born in Aldershot, a military town best known to literature through its memorialisation in poems by John Betjeman. After local state schools I came to Oxford and took my undergraduate (1989) and graduate (1995) degrees at St Catherine's College. I was Oakeshott Junior Research Fellow, Lincoln College, 1995-8; and then moved to the University of Glasgow for five years, first as Lecturer and then Reader in English Literature. I came back to Oxford as a Fellow of Balliol and a Lecturer in the English Faculty in 2003.

Fellow of the English Association, elected 2005.