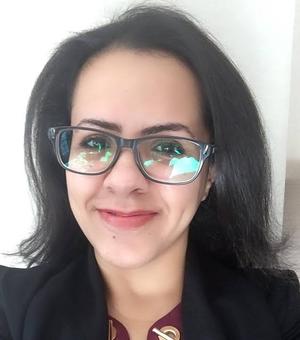 Research interests: Romanticism, Orientalism, representations of the Oriental woman in the works of the first- and second-generation Romantic writers.

Doctoral research: Reyam Rammahi is a first-year DPhil in English candidate from Iraq. She is an Oxford-Qatar Thatcher Graduate scholar. She graduated with an MA in English and Comparative Literature from San Diego State University, USA as a Fulbright scholar (2020). Her MA and DPhil research focus on the presence and (mis)representation of the Oriental woman in the works of Mary Shelley, Robert Southey, John Keats, Percy Bysshe Shelley, and Lord Byron, among other writers. She is interested in tracing historical elements in Romantic-era works and finding parallels of historical female figures in fictional characters. She aims to provide an insight on the major impact Eastern and Muslim women had on politics and society of the East, and sometimes the West too.

Reyam’s essay "Can Safie Speak? Language and Representation of the Oriental Woman in Frankenstein" was recently published in Nineteenth-Century Gender Studies.

Reyam has also presented her works on Romantic Orientalism in many academic conferences in the USA in addition to participating in virtual conferences. Her latest contributions were two public online lectures on Romancing the Gothic.

Besides her academic works, Reyam is working on a novel that narrates the story of an Iraqi exchange student pursuing a degree in the USA. She grows up at the time of the 2003 invasion of Iraq and experiences shifts in her political and religious views. Other creative works include two screenplays co-written with Professor Larry Rothfield, University of Chicago, on international antiquity smuggling, set in Syria and Iraq respectively.