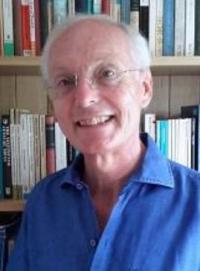 Arriving at Trinity to read English from an Oxfordshire grammar school was a dream come true. I had occasionally peered through the college gates at the breathtaking gardens and stately buildings, wondering if one day I would be on the inside amidst the park-like surroundings, and it really happened. I had enjoyed reading Paradise Lost and Samson Agonistes for A-Level and was advised that the Tutor in English, Dennis Burden, was a Milton specialist who had recently published The Logical Epic, in which he argued that Milton’s justification of ‘God’s ways’ was watertight. Examining the minutiae of the poem’s language and structure he believed Milton formulated a convincing case for God’s actions. Sadly (or happily perhaps) this was at odds with my own view that Milton’s personality was so full of tensions and contradictions that Paradise Lost could never be described as logical. This led to some fascinating tutorial discussions!

Having flirted with the idea of research, I settled on a career in teaching. Seeing post-grads sitting solemnly in the Bodleian with their boxed card index filing systems (the nearest we had then to ‘cloud’ storage) apparently without enjoyment, was unappealing. I progressed through the ranks, culminating as Head Master of Kingston Grammar School, an independent London day school, a role I held for eighteen years. I stayed for double the length of time I had intended because of my commitment to the biggest single development of the school in its 450 year history, which saw the purchase of a third more land, enabling the construction of a Performing Arts Centre, together with additional teaching and Sixth Form accommodation, and expansion of student and staff numbers by a third. It was a special moment when Queen Elizabeth II officially opened the new building, heralding a new era for a school which had been founded by Elizabeth I.

Four years after this event seemed the right time to move on, and I enjoyed three and a half years of education consultancy. This provided the variety and change I needed, from advising independent schools on the appointment of Heads, to supporting ‘failing’ state schools and collaborating on the establishment of new schools. Consultants all too quickly become out of touch with the rapidly changing realities of leading schools, and I did not want to be viewed as a dinosaur. Equally I had an urge to go back to ideas about Milton which I had first considered ten years (possibly even forty years) earlier. I therefore devoted the following three and a half years to writing Paradise Lost – A Drama of Unintended Consequences, (published by Troubador) in an approachable style suitable for a wide readership, which was published in 2017 to coincide with the 350th anniversary of the first edition of Paradise Lost.

My thesis is that whilst Milton does not fully succeed in justifying the ways of God to men, he does justify the ways of men to God. The difficulty of being human is examined in forensic detail, ranging from questions about limitations on our knowledge to the place of imagination and ambition in a world created by Milton’s God to be static and constrained. Milton’s was the toughest challenge – to show and understand the mind of God – but he was able to demonstrate the human tendency to wonder at the reasons God allows suffering, and why our knowledge is so limited. His insistence on the intricacy, responsibility and drama of working out our destinies creates a deeply moral energy, which speaks to readers in every generation.

Milton does this by being a great dramatist; he empathises with each protagonist, he is able to see things from their perspective and is more even-handed in the praise and blame he dispenses than he intended. His democratic temperament does not allow him to do other than give his protagonists their head, to have their say, thus creating the complex web of possible interpretations.

Dennis Burden disagreed with me, but on reading a preliminary paper I had written in 2001 replied, “As you may guess I don’t come at the poem along that line but that is neither here nor there. I will make two sorts of points here; one about where the argument could be strengthened, and the other on minor points of detail.” It was more than 25 years since I had come down and Dennis was becoming very ill, yet he still found time to engage in his customary supportive way. That was the kind of man he was, and the academic approach he always displayed. My Oxford experience would have been the poorer without his example, and he remains a beacon of how scholars should approach their profession.

Paradise Lost – A Drama of Unintended Consequences was published by Troubador in January 2017.