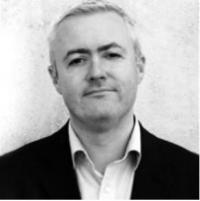 Unsurprisingly it is Tolkien’s The Lord of the Rings but for various reasons. Not only did I read it in my early teens and it left a lasting impression, and like many people have reread it over the years several times, but it also coincided with my growing interest at school in English Literature as an academic pursuit. I remember talking to my English teacher and asking why we were not allowed to read books like this as part of the course. His reply was ‘it’s a bit long’ but noting the interest I was showing he gently pushed me in the direction of a translation of Beowulf. When I then went on to University to read English, an inspired bit of marketing by the medievalists along the lines of ‘If you liked books like The Lord of the Rings then you’ll love this’ took me into Old and Middle English which I continued with up to PhD level and have been teaching at Oxford, off and on now, for nigh on twenty years.

I double as a trampoline for my young daughter, but before that (and at some point in the future again I hope) I write plays – mainly for local groups – but have had a couple of successes with plays touring the UK and abroad.

It would depend on the season, but I suspect it would be either a long country walk in the summer through field, meadow, and wood; or a rainy wintry day in a cottage by the sea.

The world is such a varied place I think everywhere has something wonderful to offer. I can imagine spending Autumn in New England, Spring in France, Christmas in Bavaria, and so on; but honestly I have no real desire to live anywhere else than Britain or Ireland (where I was born).

It would be hard not to say my parents as I learnt so much from them, or my Grandfather who instilled in me a sense of possibility (he had grown up in Hampshire and went to sea at the age of 12 but worked his way up to run the Cocktail Bar in The Savoy and one of the most sought-after London clubs in the 1950s and 1960s – his claim to fame being he refused admission to The Beatles).

In fiction it was Captain James T. Kirk of Star Trek fame. In reality for some reason I became interested in politics quite early and remember hearing Tony Benn speak once and realizing that he truly believed in what he was saying. So in real life it’s either him or Billy Bremner (I’m a lifelong Leeds Utd fan).

It was certainly my English teachers at school. In addition to Mr Gleeson (the teacher who pointed me at Beowulf) there was also Mr Jones who saw me through O Level. He was the first to remark that I could actually write quite well, which gave me confidence, but he also gave me a book of War Poetry and we chatted a lot about Owen and Sassoon (both of whom I’ve returned to in later life). He also gave me a copy of The Miller’s Tale in translation (by Coghill I believe) and it made me realise that Literature, even from a very long time ago, could be both fun and showed you that sometimes we share so much with our predecessors. At University my main influence was Professor Barbara Raw who gave me steered me towards postgraduate work in Old English (which I did at KCL). She also told me that it would be a good idea not to rely on getting a position in medieval literature as, at the time (early 1990s) most departments were stopping it. So she pushed me towards IT and especially digital humanities, which is where I now work.

I don’t think so; I actually think most people (outside of my really close friends) didn’t know I was there. My family moved over from Ireland in the early 1970s and having an Irish accent in those days in Britain was not necessarily a great idea (especially at school). I developed a tactic of remaining pretty much under everyone’s radar.

The Beatles (despite my Grandfather’s run in with them).

Ælfric of Eynsham, Wilfred Owen, J. R. R. Tolkien, Richmal Crompton, and Geoffrey Chaucer. It would be great to invite Jesus, just to nail that religion thing once and for all but I guess that’s not allowed.

How would your friends describe you?

I think they’d probably say I was a good organiser.

My full time job is helping run the University’s IT, which involves a department of over 350 staff. This grew out of the digital humanities work I did some time ago and now is more mainstream IT. It has been an incredible period of the development of IT over the past 20-30 years and the pace of change just accelerates so that is very exciting and challenging. I also really enjoy the fact that I have some time to still work on digital humanities projects and to keep up a bit of teaching and research. My main project at present is building on the crowdsourcing work we have done around items from the First World War – which all started with my first computer project in 1991. In terms of what I like least it is failing to meet all the aspirations of users, and possibilities that digital technologies can offer mainly because of lack of resources.

Working in IT, which is actually what I do.

Despite his role being based in the IT department, Stuart remains committed to teaching and researching English Literature. His current research project, Lest We Forget, is a nationwide initiative, which aims to recognise and record those stories, objects and memories from World War One which survive – not in museum collections or history books – but in the hearts and homes of the very many families and individuals affected.