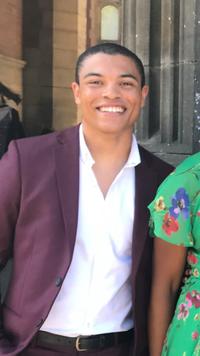 Getting my acceptance letter to study English at Mansfield College was perhaps the most incredible thing to happen in my life. But it certainly didn’t come easily. I remember, in a class discussion about our road to Oxford, I inadvertently worried my tutor by comparing my A Level experience to that of the drummer in Whiplash. But arriving at the start of Michaelmas term, at a place I had worked hard to get to, at a place that had, to me, become more symbolic than just the next step in my education, I felt the epic arrival of Daenerys Targaryen landing at Dragonstone. What appealed to me about Oxford was not just the promise of literature from 650 to the present day, but absorbing it all in an environment with the pursuit of knowledge and academic intrigue in its foundations.

Smash cut to Trinity term and I’m back on the Wirral and I’m wishing I could give this series a miss and dip back in when it’s good again.

No longer can I hunt down books two floors below the Rad Cam, meet with classmates to organise our thoughts on the week’s reading, or huddle in a panic before tutes, under-slept and over-caffeinated. Now, all the people and places that made my first two terms a tangible reality are in a strange “somewhere” place that I can’t see or physically interact with. It feels as though, if I switched off my phone and laptop, blackened all screens, English Language and Literature at Oxford would no longer exist.  What has made recent months even more absurd is that, despite my life being predominantly contained within the four walls of my bedroom, it appears as if the entirety of the real world and all global events have been compressed into this space. In such a small space are crammed Black Lives Matter, J. K. Rowling, anti-vaxxers, All Lives Matter, Yemen, ICE, Liz Truss, Rhodes, Carson, Churchill, and Trump – it’s one hell of a party. With all this surreal compression and distortion of geography and psychology, I’ve become very aware of what the modernists were getting at.

My studies have then become an important through-line that create purpose and tangible reality to this strange world in lockdown. Although so much of Oxford now exists solely on the other side of a screen, I have found some solace in the physical existence of my notes and books. They are a reminder that I still have something, something, to do and to persevere with and to work at. In my 1m2 workspace, stretch my right leg and I kick Jane Eyre, the left and it’s Orlando. Even though everything feels a little less real, I can look at the stacks of novels and notes that I have amalgamated over the past few months and feel content that this year did mean and count towards something. I can point to them and say, That – that there – that is what I have managed to achieve. And, at this strange moment, that means a lot.