The Interesting Narrative by Olaudah Equiano

Originally published/produced in London, 1789. Held and digitised by the British Library (Public domain).

Who has the right to write their life? This, above all, is the question that Olaudah Equiano's Interesting Narrative poses. As a genre, autobiography rests on notions of authenticity, self-consciousness, and unique selfhood that for centuries have been claimed as exclusive characteristics of the white man. The very act of a black man – a freed enslaved man – writing his own life was radical when Equiano published The Interesting Narrative in 1789.

Even now, Equiano’s origins and identity remain matters of ongoing controversy. One scholar, Vincent Carretta, has uncovered evidence suggesting that he was in fact born in South Carolina. For Carretta, this demonstrates Equiano’s skill in drawing many real lives into the greater political project of The Interesting Narrative. But Equiano tells us that he was born at Essaka, an Igbo town in present-day Nigeria, and that at the age of 11 he was kidnapped by African traders, sold to European slavers, and transported to the West Indies. There, he was purchased by Michael Pascal, an English naval officer, who named him Gustavus Vassa, a name which Equiano at first resisted. Equiano had two further owners before, in 1766, he managed to buy his freedom for £40 (around £5000 now). The Interesting Narrative recounts this vital story of his enslavement and freedom in detail but also describes Equiano’s many remarkable adventures at sea – wrecks, battles, and even a daring expedition to the North Pole – and his conversion to Christianity. His autobiography is as much about his difficult path towards faith as it is about the horrors of the Atlantic slave trade.

By the end of the 1780s, the campaign to abolish the slave trade was gaining significant momentum in Britain and Equiano, along with fellow African Ottobah Cugoano (both significant figures in the Black lobbyist group Sons of Africa), were at the forefront of the abolitionist movement. Indeed, The Interesting Narrative was part of this campaign, and published to coincide with the May 1789 parliamentary debate on the slave trade. Equiano travelled the country promoting both his book – which became a bestseller – and the antislavery message. Sadly, he didn’t live to see Britain abolish the slave trade in 1807, ten years after his death. (Whilst the 1807 Act prohibited British further trade in slavery, it did not secure emancipation for all enslaved peoples, which was took many further decades of political action from many spheres.)

It’s worth attending to the full title of Equiano’s autobiography: The Interesting Narrative of the Life of Olaudah Equiano, Or Gustavus Vassa, The African. Written by Himself. This author, we’re being told, has two names, two identities: one his own, the other given him by those who enslaved him. But it’s the final words of the title that are the most significant: Written by Himself. This is a black man asserting the right and ability to record his own life and experiences; a black man claiming an autobiographic identity – sincere, reflective, self-knowing, literary – entirely opposed to the ideology of slavery’s insistence that black minds were inferior and black bodies were commodities to be bought and sold.

Some themes and questions to consider

The Interesting Narrative of the Life of Olaudah Equiano, Or Gustavus Vassa, The African. Written by Himself.

After describing the customs of the country of his birth, Equiano recalls his childhood, and how he and his sister were kidnapped from their home and sold into slavery.

I hope the reader will not think I have trespassed on his patience in introducing myself to him with some account of the manners and customs of my country. They had been implanted in me with great care, and made an impression on my mind, which time could not erase, and which all the adversity and variety of fortune I have since experienced served only to rivet and record; for, whether the love of one's country be real or imaginary, or a lesson of reason, or an instinct of nature, I still look back with pleasure on the first scenes of my life, though that pleasure has been for the most part mingled with sorrow.

I heard frequent rustlings among the leaves; and being pretty sure they were snakes I expected every instant to be stung by them. This increased my anguish, and the horror of my situation became now quite insupportable. I at length quitted the thicket, very faint and hungry, for I had not eaten or drank any thing all the day; and crept to my master's kitchen, from whence I set out at first, and which was an open shed, and laid myself down in the ashes with an anxious wish for death to relieve me from all my pains. I was scarcely awake in the morning when the old woman slave, who was the first up, came to light the fire, and saw me in the fire place. She was very much surprised to see me, and could scarcely believe her own eyes. She now promised to intercede for me, and went for her master, who soon after came, and, having slightly reprimanded me, ordered me to be taken care of, and not to be ill-treated.

Soon after this my master's only daughter, and child by his first wife, sickened and died, which affected him so much that for some time he was almost frantic, and really would have killed himself, had he not been watched and prevented. However, in a small time afterwards he recovered, and I was again sold. I was now carried to the left of the sun's rising, through many different countries, and a number of large woods. The people I was sold to used to carry me very often, when I was tired, either on their shoulders or on their backs. I saw many convenient well-built sheds along the roads, at proper distances, to accommodate the merchants and travellers, who lay in those buildings along with their wives, who often accompany them; and they always go well armed.

From the time I left my own nation I always found somebody that understood me till I came to the sea coast. The languages of different nations did not totally differ, nor were they so copious as those of the Europeans, particularly the English. They were therefore easily learned; and, while I was journeying thus through Africa, I acquired two or three different tongues. In this manner I had been travelling for a considerable time, when one evening, to my great surprise, whom should I see brought to the house where I was but my dear sister! As soon as she saw me she gave a loud shriek, and ran into my arms—I was quite overpowered: neither of us could speak; but, for a considerable time, clung to each other in mutual embraces, unable to do any thing but weep. Our meeting affected all who saw us; and indeed I must acknowledge, in honour of those sable destroyers of human rights, that I never met with any ill treatment, or saw any offered to their slaves, except tying them, when necessary, to keep them from running away. When these people knew we were brother and sister they indulged us together; and the man, to whom I supposed we belonged, lay with us, he in the middle, while she and I held one another by the hands across his breast all night; and thus for a while we forgot our misfortunes in the joy of being together: but even this small comfort was soon to have an end; for scarcely had the fatal morning appeared, when she was again torn from me for ever! I was now more miserable, if possible, than before. The small relief which her presence gave me from pain was gone, and the wretchedness of my situation was redoubled by my anxiety after her fate, and my apprehensions lest her sufferings should be greater than mine, when I could not be with her to alleviate them. Yes, thou dear partner of all my childish sports! thou sharer of my joys and sorrows! happy should I have ever esteemed myself to encounter every misery for you, and to procure your freedom by the sacrifice of my own. Though you were early forced from my arms, your image has been always rivetted in my heart, from which neither time nor fortune have been able to remove it; so that, while the thoughts of your sufferings have damped my prosperity, they have mingled with adversity and increased its bitterness. To that Heaven which protects the weak from the strong, I commit the care of your innocence and virtues, if they have not already received their full reward, and if your youth and delicacy have not long since fallen victims to the violence of the African trader, the pestilential stench of a Guinea ship, the seasoning in the European colonies, or the lash and lust of a brutal and unrelenting overseer.

The full text of Olaudah Equiano's The Interesting Narrative can be found for free at Project Gutenburg.

This collection includes the digitised pages 45–50, which correspond to part of our excerpt.

‘African Writers and Black Thought in Eighteenth-Century Britain’, by S. I. Martin

Read an article by S. I. Martin for the British Library.

Lecture on the subject of slavery and reparations for Oxford Race and Curriculum series (2016). See also the related Voices Across Borders blog post.

David Taylor is associate professor of English at St. Hugh's College, University of Oxford. He specializes in eighteenth-century literature and culture and is the author of Theatres of Opposition: Empire, Revolution, and Richard Brinsley Sheridan (2012) and The Politics of Parody: A Literary History of Caricature, 1760-1830. He is also the co-editor of The Oxford Handbook of the Georgian Theatre (2014). In 2017, he curated the exhibition "Draw New Mischief: 250 Years of Shakespeare and Political Cartoons" at the Royal Shakespeare Theatre. 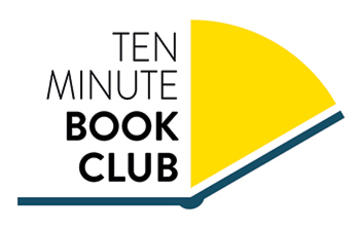 Behind the Scenes by Elizabeth Keckley

The Interesting Narrative by Olaudah Equiano

‘The Royal Ascetic and the Hind’ by Toru Dutt