‘The Royal Ascetic and the Hind’ by Toru Dutt 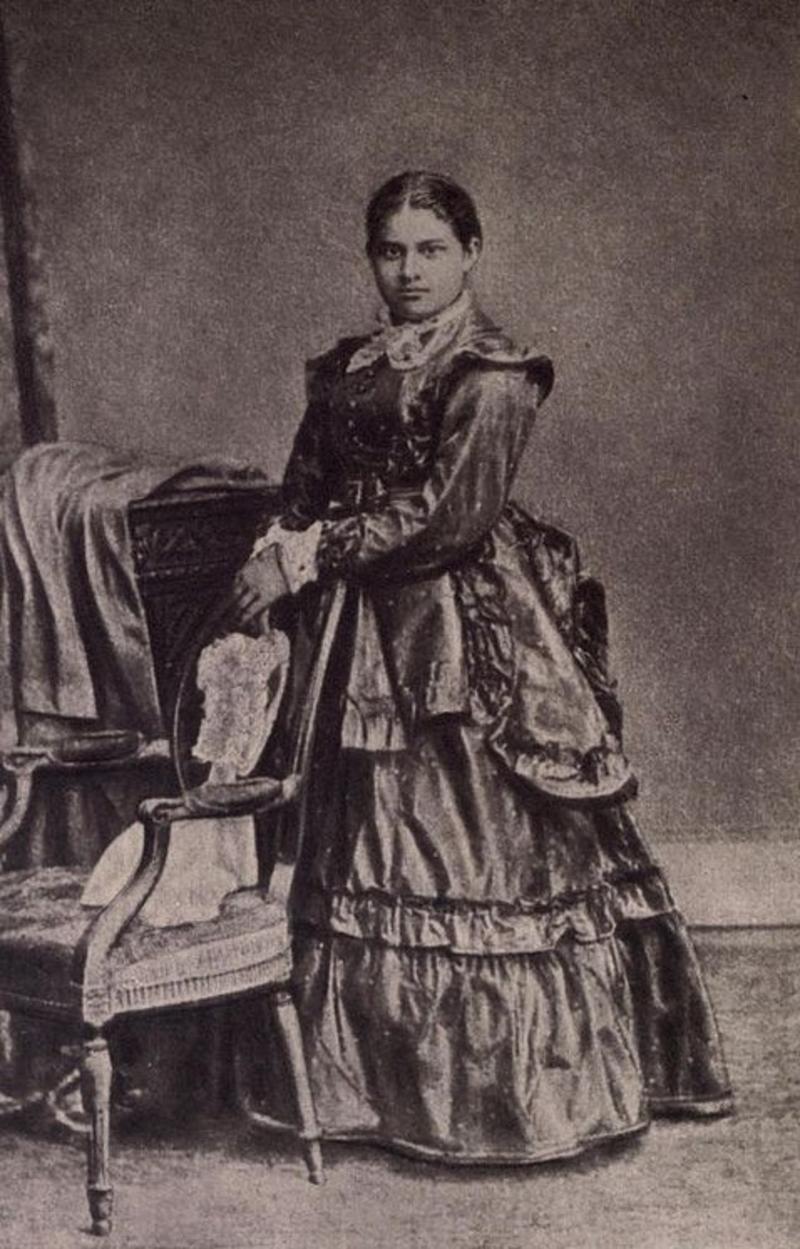 The Bengali poet Toru Dutt’s work explores the interface between different cultures, languages and traditions. Sometimes called the Indian Keats, Dutt squeezed a remarkable wealth of creative force into her short years as a poet in the 1870s. Though ‘The Royal Ascetic and the Hind’ may seem conventional thematically and formally, it is intensely modern in how it uses English to convey an Indian legend, and in its adaptation of a literary tradition of which few of its British readers at the time would have been aware.

Toru Dutt (1856–1877) hailed from a Christianized Calcutta family of high standing and wrote in English and French. In her late teens she travelled and studied in both England and France together with her sister and father. As does ‘The Royal Ascetic and the Hind’, her work often carried an explicit Christian message. However, at the same time, her poetry is charged with respect for and interest in the ancient languages and literary traditions of India.

On return from her travels in Europe, a few years before her death from tuberculosis at the age of 21, Dutt began an intensive course of study in the ancient Indian language of Sanskrit, while at the same time adapting her new knowledge to retell the tales of the Puranas and Mahabharata in English, using traditional English poetic forms. In this poem, she adopts unrhymed iambic pentameter, not unlike Milton in Paradise Lost. Like him, she is essentially reworking ancient religious legends and stories for modern times, but she is also traversing cultural continents in the process.

‘The Royal Ascetic and the Hind’ is taken from Dutt’s posthumously published Ancient Ballads and Legends of Hindustan (1882), one of the very first volumes of Indian poetry in English to be published, and the first such work by a woman. Though the writing may look quite Victorian at first sight, in fact it represents a path-breaking and radical achievement. The book made Dutt’s name in London, and was taken up and promoted in particular by the influential Victorian critic Edmund Gosse. Though he spoke of her in patronising ways as a ‘fragile, exotic blossom’, his attention helped to get her noticed and she is now recognised as being one of the most important Indian English writers of the nineteenth century. She explored what it means to be Indian yet write in the language of the then coloniser of India long before postcolonial ‘Midnight’s children’ writers like Anita Desai and Salman Rushdie.

‘The Royal Ascetic and the Hind’ merits rereading, as it offers far more than a simple affirmation of the Christian message of love between God’s creatures, that is, of ‘labouring with a loving soul’. As does Samuel Taylor Coleridge’s The Rime of the Ancient Mariner, Dutt’s poem speaks fervently in favour of an environmental message of honouring the bonds between ‘man … and beast’, here between the prince and the fawn. Throughout, it also performs a delicate and repeated balancing act between religious and linguistic traditions.

Some themes and questions to consider

The Royal Ascetic and the Hind

MAITREYA. Of old thou gav’st a promise to relate
The deeds of Bharat, that great hermit-king:
Beloved Master, now the occasion suits,
And I am all attention.

PARASARA.⁠ Brahman, hear.
With a mind fixed intently on his gods
Long reigned in Saligram of ancient fame,
The mighty monarch of the wide, wide world.
Chief of the virtuous, never in his life
Harmed he, or strove to harm, his fellow-man,
Or any creature sentient. But he left
His kingdom in the forest-shades to dwell,
And changed his sceptre for a hermit’s staff,
And with ascetic rites, privations rude,
And constant prayers, endeavoured to attain
Perfect dominion on his soul. At morn,
Fuel, and flowers, and fruit, and holy grass,
He gathered for oblations; and he passed
In stern devotions all his other hours;
Of the world heedless, and its myriad cares,
And heedless too of wealth, and love, and fame.

Once on a time, while living thus, he went
To bathe where through the wood the river flows:
And his ablutions done, he sat him down
Upon the shelving bank to muse and pray.
Thither impelled by thirst a graceful hind,
Big with its young, came fearlessly to drink.
Sudden, while yet she drank, the lion’s roar,
Feared by all creatures, like a thunder-clap
Burst in that solitude from a thicket nigh.
Startled, the hind leapt up, and from her womb
Her offspring tumbled in the rushing stream.
Whelmed by the hissing waves and carried far
By the strong current swoln by recent rain,
The tiny thing still straggled for its life,
While its poor mother, in her fright and pain,
Fell down upon the bank, and breathed her last.
Up rose the hermit-monarch at the sight
Full of keen anguish; with his pilgrim staff
He drew the new-born creature from the wave;
’Twas panting fast, but life was in it still.
Now, as he saw its luckless mother dead,
He would not leave it in the woods alone,
But with the tenderest pity brought it home.

There, in his leafy hut, he gave it food,
And daily nourished it with patient care,
Until it grew in stature and in strength,
And to the forest skirts could venture forth
In search of sustenance. At early morn
Thenceforth it used to leave the hermitage
And with the shades of evening come again,
And in the little courtyard of the hut
Lie down in peace, unless the tigers fierce,
Prowling about, compelled it to return
Earlier at noon. But whether near or far,
Wandering abroad, or resting in its home,
The monarch-hermit’s heart was with it still,
Bound by affection’s ties; nor could he think
Of anything besides this little hind,
His nursling. Though a kingdom he had left,
And children, and a host of loving friends,
Almost without a tear, the fount of love
Sprang out anew within his blighted heart,
To greet this dumb, weak, helpless foster-child.
And so, whene’er it lingered in the wilds,
Or at the ’customed hour could not return,
His thoughts went with it; ‘And alas!’ he cried,
‘Who knows, perhaps some lion or some wolf,
Or ravenous tiger with relentless jaws
Already hath devoured it,—timid thing!
Lo, how the earth is dinted with its hoofs,
And variegated. Surely for my joy
It was created. When will it come back,
And rub its budding antlers on my arms
In token of its love and deep delight
To see my face? The shaven stalks of grass,
Kusha and kasha, by its new teeth clipped,
Remind me of it, as they stand in lines
Like pious boys who chant the Samga Veds
Shorn by their vows of all their wealth of hair.’
Thus passed the monarch-hermit’s time; in joy,
With smiles upon his lips, whenever near
His little favourite; in bitter grief
And fear, and trouble, when it wandered far.
And be who had abandoned ease and wealth,
And friends and dearest ties, and kingly power,
Found his devotions broken by the love
He had bestowed upon a little hind
Thrown in his way by chance. Years glided on. . . . .
And Death, who spareth none, approached at last
The hermit-king to summon him away;
The hind was at his side, with tearful eyes
Watching his last sad moments, like a child
Beside a father. He too, watched and watched
His favourite through a blinding film of tears,
And could not think of the Beyond at hand,
So keen he felt the parting, such deep grief
O’erwhelmed him for the creature he had reared.
To it devoted was his last, last thought,
Reckless of present and of future both!

Thus far the pious chronicle, writ of old
By Brahman sage; but we, who happier, live
Under the holiest dispensation, know
That God is Love, and not to be adored
By a devotion born of stoic pride,
Or with ascetic rites, or penance hard,
But with a love, in character akin
To His unselfish, all-including love.
And therefore little can we sympathize
With what the Brahman sage would fain imply
As the concluding moral of his tale,
That for the hermit-king it was a sin
To love his nursling. What! A sin to love!
A sin to pity! Rather should we deem
Whatever Brahmans wise, or monks may hold,
That he had sinned in casting off all love
By his retirement to the forest-shades;
For that was to abandon duties high,
And, like a recreant soldier, leave the post
Where God had placed him as a sentinel.

This little hind brought strangely on his path,
This love engendered in his withered heart,
This hindrance to his rituals,—might these not
Have been ordained to teach him? Call him back
To ways marked out for him by Love divine?
And with a mind less self-willed to adore?

Not in seclusion, not apart from all,
Not in a place elected for its peace,
But in the heat and bustle of the world,
’Mid sorrow, sickness, suffering and sin,
Must he still labour with a loving soul
Who strives to enter through the narrow gate.

The full text of Toru Dutt’s Ancient Ballads and Legends of Hindustan (1882) can be found for free at Wikisource. This includes Edmund Gosse’s ‘Toru Dutt: Introductory Memoir’.

Academic Publications and Other Resources

The ‘Making Britain’ online database provides information about South Asians in Britain from 1870 to 1950, the organizations they were involved in, their British connections, and the major events in which they participated. This resource includes a further reading list.

More of Dutt’s writing can be found in this collection, which can be accessed via Google Books.

Elleke Boehmer is a critic and writer. She is Professor of World Literature in English at the University of Oxford, a Fellow of the Royal Society of Literature and a Fellow of the Royal Historical Society. She is the author of Colonial and Postcolonial Literature (1995, 2005), Empire, the National and the Postcolonial (2002), Stories of Women (2005), Postcolonial Poetics (2018), and a widely translated biography of Nelson Mandela (2008). A second edition of the biography will appear in 2023. Indian Arrivals 1870-1915 (2015) which prominently featured Toru Dutt's work, was the winner of the biennial ESSE 2015-16 Prize. She is the author of five novels including Screens against the Sky (1990) and The Shouting in the Dark (2015) which won the triennial Olive Schreiner award (2018).  Elleke Boehmer is the Director of the Oxford Centre for Life Writing. 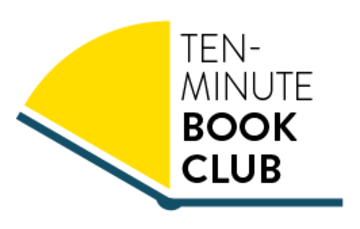