The Cut Out Girl: A Story or War and Family, Lost and Found 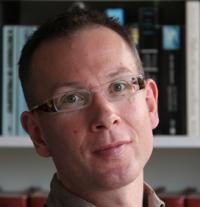 As a specialist in Shakespeare and Renaissance poetry I am used to working in archives, translating, and paying attention to style. All the same, my most recent project – The Cut Out Girl: A Story or War and Family, Lost and Found – was something different. The book is not something I had planned on, but between December 2014 and February 2015 I had a series of meetings and experiences that would end up changing my life. The resulting book tells the life story of a Jewish woman *now 85) who survived World War II as a child in hiding in the occupied Netherlands. It also tells the story of my journeys, thoughts, and discoveries in late 2014 and early 2015.

The subject of The Cut Out Girl is Lien de Jong. As a little girl she hid from the Nazis with my grandparents in the Dutch city of Dordrecht. The heart-breaking letter that was written by Lien's mother, giving up her only daughter to the Resistance, still survives. As they had feared, all of Lien's family were murdered in Auschwitz. This meant that, after surviving the War with a series of different foster families, Lien returned as a foster child to the Van Es family in October 1945. She grew up with my father as a sister, but a falling out with my grandmother in the 1980s meant that Lien and the Van Esses were no longer in touch. Who was Lien and what was her side of the story, I wondered? So I got her address and a search began that would end up teaching me things not just about her story but also about hte history of the Netherlands and the history of my own family. It has changed the way I see many things.

The Cut Out Girl, which came out in August 2018 with Penguin, has already been translated into five languages. It was 'Book of the Week' on BBC Radio 4 and the Dutch first edition sold out in 24 hours. I think the book has connected with people in part because it is not just a story about the War but also a story about the complexities of families, in which people with good intentions can hurt each other very much. That is something that many people recognise.

As I say, the skills of working in archives, translating, and paying attention to style were not new to me, but I used them in new ways for this project. Much of the research I did was in the wartime records of the Dutch police, who were frighteningly compliant with their German masters when it came to rounding up Jews. Uniquely, the Dutch authorities set up a bounty system, with seven guilders and fifty cents placed on the head of every Jew that an officer caught. The wartime Jewish death rate in the Netherlands was 75-80%, double that of any other Western country, including Germany itself. I wanted to write a book that would help to explain that terrible fact of history, not just at the analytical level, but at the emotional level as well. This meant that I ended up writing a work of creative non-fiction using the resources of the novel (such as literary descriptions and reconstructed conversations) alongside statistics and transcribed documents.

For a while I was unsure if The Cut Out Girl would count as 'research' from a university perspective, but I think it's clear now that it does. Biography, creative writing, translation – these things are an important part of English studies. I've had really exciting exchanges with colleagues across the English Faculty about this project and I know that what I've learnt from it will end up influencing my writing on the Renaissance in the future. Lien herself is very happy with the book I've written and the wider Van Es family (who first had misgivings) have embraced it as well. Researching Lien's past and the wider past of the Holocaust in the Netherlands has been an intense emotional experience that I'm glad now to be sharing with others.

The Cut Out Girl: A Story of War and Family, Lost and Found was published by Penguin in August 2018.