Ian Watt: The Novel and the Wartime Critic 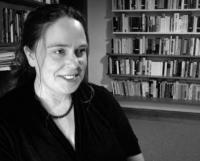 Reflecting on how chance acquaintanceships influenced his landmark book, The Rise of the Novel (1957), Ian Watt concluded that academic writing is ‘subject to the processes of history’. This is what I wanted to show in Ian Watt: The Novel and the Wartime Critic, which reconstructs Watt’s own historical experiences in order to demonstrate the connection between the Second World War and the canonical historiography of the novel. Always forthcoming about intellectual influences ranging from Q.D. Leavis to Adorno, Watt never commented on other factors that formed his thinking — most consequentially, his years as a soldier, prisoner of war, and slave labourer.

Watt was among thousands of British personnel taken prisoner when Singapore fell in February 1942. In the chaos of surrender, he was reported missing, presumed dead. In fact he was beginning three and a half years in captivity that would include forced labour on a Japanese railway through the mountainous jungle terrain dividing Thailand from Burma. A Burma-Thailand railway had been considered prohibitively difficult, but now an ascendant Japan had what it considered an expendable workforce of tens of thousands of Allied prisoners and hundreds of thousands of conscripted Asian labourers. Starved and worked to collapse in this pathogenic tropical climate, thousands died from diseases such as cholera, dengue, diptheria, dysentery, malaria, and typhoid. The Allied death toll alone was one in three. When the camps were liberated at the end of the war, Watt was hospitalized in Burma, too sick to survive repatriation.

Long exposure to deprivation and terrorization resonates throughout Watt’s criticism. What before the war had been a project on the eighteenth-century rise of literacy as the novel's 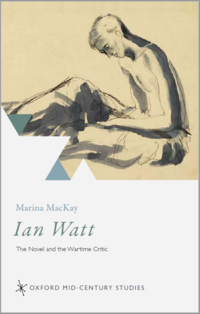 enabling circumstance now became a book about teh disorienting moral conflicts of individualism, about the dog-eat-dog of primitive captialism, about the catastrophic collapse of traditional assumptions and allegiances. For Watt, Defoe’s asocial protagonists are all as shipwrecked as Crusoe; Richardson’s incarcerated women make powerlessness the defining modern condition; Fielding’s ‘heroic struggles for human betterment’ are brave efforts to mitigate the lonely brutality of every-man-for-himself. The terrors of captivity also shadow Watt's book on Conrad. In a chapter on Heart of Darkness much longer than the novella itself, we learn that Conrad’s witnessing of institutionalized inhumanity in Africa gestated ‘a nightmare in a common usage of the term: an experience in which the individual’s thoughts and actions are dominated by a terrifying and inexplicable sense of personal helplessness’. ‘In the last stages of the breakdown of his own health in the Congo, Conrad had faced alone the fact of his own mortality,’ Watt wrote, knowing precisely how that felt: ‘He later considered the physical and moral assault of his African experience the turning point of his life’. The brutalized labourers of Heart of Darkness (‘they were not enemies, they were not criminals, they were nothing earthly now—nothing but black shadows of disease and starvation’) are being forced by their conquerors to build a railway through a jungle: as Watt notes without any autobiographical commentary.

But thinking about Watt's work as life-writing, what I found even more haunting than his suppressions is that reticence is not simply a fact of his criticism but among its most recurrent preoccupations. Samuel Johnson, for example, is ‘one of the great heroes of the wars of the mind’ for trying ‘to keep turbulent and destructive personal feelings under conscious control’. Cervantes is commended as ‘the least confessional of writers, much too proud to give us any notion of his own personal experiences of humiliation and defeat’ — Cervantes had also been a soldier, a prisoner of war, and a slave labourer.

Finally, Watt was once a life-writer in more than this oblique sense. His family generously allowed me to quote from the otherwise unknown autobiographical stories and poems that he
wrote about the prison camps in the late 1940s and never published. Perhaps what he wanted to say there — about subjectivity, dispossession, and violence — he said in his criticism, and found more speakable when he was not speaking about himself. Above all, I wondered how self-consciously Watt's war experiences powered his criticism, but his attitude toward Richardson’s accidental ambiguities always felt apt: ‘although a writer does not always know what he has written, he cannot write what he does not know’.

Ian Watt: The Novel and the Wartime Critic is published by OUP on 29 November 2018.