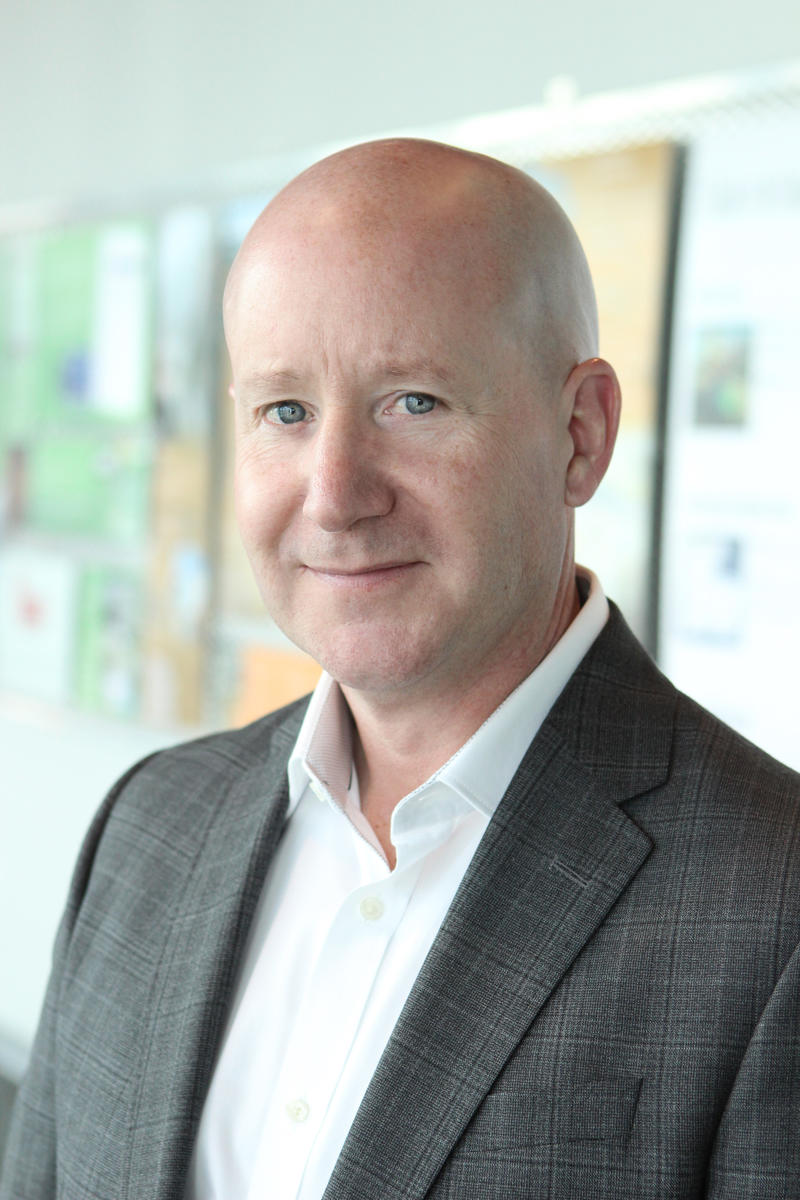 This biography was written by Dr Robert Laurella, a recent DPhil graduate of Corpus Christi College, in August 2021, following an interview with Joe Gollner.

Joe Gollner graduated in 1989 but has never stopped learning. The self-described specialist in digital content technologies, accidental entrepreneur, and business philosopher received his MPhil in English from Oxford after studying mathematics, literature, philosophy, and history at Queen’s University in Kingston, Ontario. This eclectic academic trajectory continued directly into his career: ‘I studied English and then immediately wound up eyeball-deep in technology, right in the weeds.’

Prior to his current role as Managing Director of Gnostyx Research Inc., Joe held a wide variety of positions in the Royal Canadian Artillery of the Canadian Armed Forces: gunner, gun detachment commander, gun tractor driver, surveyor, command post officer, and chief instructor for combat leadership, to name but a few. After completing his MPhil, Joe worked for the Directorate of Computer Systems Engineering and Maintenance, a position in which his humanities education came to be especially valued: ‘They would basically have me as their bulldog for handling the language side of technology.’

The transferrable skills developed in a humanities discipline are a refrain in the impressive breadth of Joe’s career: ‘English literature in particular,’ he explains, ‘can give people some very, very powerful skills.’ Working at the forefront of digital technologies at the turn of the twenty-first century posed some difficult – and, for Joe, exciting – challenges for which his interdisciplinary training prepared him: ‘with a liberal-arts, humanities grounding, wrestling with the new ideas being stirred up came more easily to me than for many others. My background was a consistently useful resource.’

It was not just a varied academic background that helped propel Joe’s career, however: he paired that with a desire to explore new technologies, methodologies, and forms of knowledge. ‘I am interested in the finer points of interpretation,’ as he says, ‘as applied to the concepts of management and business as well as technology.’ Joe also gives Oxford a lot of the credit for nurturing this remarkable versatility: ‘One of the things that Oxford was particularly good at was that I could run around and get involved in the wackiest things.’

If Joe’s wide-ranging career has embraced the best that studying the humanities has to offer, it has done so in the spirit of seeking out new applications for that knowledge. ‘Nobody really knows what they’re doing when they start work,’ he says. ‘That’s the whole point.’ There is much reassurance to be found in how Joe has welcomed new opportunities with open arms. The skills developed during his education, however, also provided benefits beyond the remit Joe’s career: ‘The humanities give people the opportunity to develop their own voice. And we need that now.’

A book that ‘offers a novel way to look at texts, and how we interact with texts in organisations now that technology surrounds us.’

The first book to talk about ‘cyberspace,’ and a ‘SciFi classic’ that provides ‘a surprisingly prescient guide to what we are trying (and so far failing) to build.’

The Practice of Management by Peter Drucker (1954)

The Practice of Management by Peter Drucker (1954)

One of two management texts by Drucker that demonstrate management as a ‘liberal art,’ dependent on people’s ‘ability to communicate, to grapple with information and to collaborate with people.’

One of two management texts by Drucker that demonstrate management as a ‘liberal art,’ dependent on people’s ‘ability to communicate, to grapple with information and to collaborate with people.’