Picture of Lady Ademola, centre left, along with St Hugh’s College Principal, Barbara Gwyer, taken on 4 June 1937 during a visit to St Hugh’s

This biography was written by Chris Fell, a DPhil candidate at Hertford College, in August 2021. 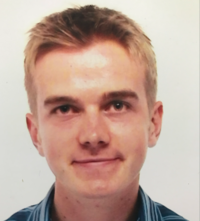 Reflecting on her experience as the first African woman to graduate from Oxford in 1935, Lady Kofoworola Aina Moore Ademola wrote powerfully of her sense of vocation. Turning her thoughts to the future, she found the process of choosing a career ‘immensely difficult,’ but was convinced that education offered the best way to make a difference and address the immediate problems she saw in the world.  What was needed, she believed, was ‘a sense of the modern world in all its intricacies.’ This worldly sense could be cultivated through education, so that through an awareness of the modern world women and children could be uplifted and empowered to shape the future they desired for themselves.

Kofo was soon appointed to a teaching role: her first as a tutor in English and Civics at the small girls’ school, Queen’s College, Lagos, where she taught between 1936-8. A memorable refrain of her teaching there was: ‘Brains have no sex … You can do as well and even better than some boys. You have brains too.’ Marriage to the eminent magistrate Adetokunbo Ademola (1906-93) in 1939 took her to Warri in the Delta, where she taught English between 1939-44 to a group of 10-12-year-old boys at Government College, Ughelli. A move to St Anna, Lagos, in 1945 offered her a new opportunity, this time at New Era College, where she taught for a year, and became a member of the Board. During this period, she also helped to set up Oriel Girls’ School, a new secondary modern, where she became the school’s joint principal.

In 1953, now with four children, Kofo accepted a full-time post as secretary to the Western Regional Development Production Scholarship Board, playing a part in the preparation for the free primary school education scheme, which was established in the West with success. Despite the demands of work and family, Kofo was elected as the National President of the National Council of Women’s Societies. Day nurseries, art and craft centres, adult education, family planning, and scholarship awards were just some of the examples of projects dedicated to uplifting and empowering women.

Kofoworola was awarded an MBE in 1959, in recognition of her contribution to voluntary social service in Western Nigeria. Voluntary and social work would be a keynote of her later years. Her many roles included: Director of the Western Region of the Red Cross; membership of the Executive Committee of the Nigerian Girl Guides Association; membership of the Lagos University Provisional Council; and an appointment in 1962 as a member of the Board of Directors of the United Bank of Africa (formerly the British and French Bank).

At the age of 82, Kofoworola happily reflected that many of her fellow country women had ‘risen to the very pinnacle.’ Her self-effacing nature belied her role as a pioneer in blazing a trail for women to shape their own futures: ‘Someone had to be first,’ she would humbly remark elsewhere. She died after a brief illness in 2002 at the age of 88.