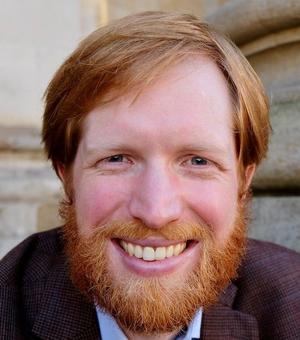 At a time when we are facing change and loss, preserving cultural heritage is crucial to human resilience. I am a curator at the Bodleian Library, which holds an incredible collection of ten thousand medieval manuscripts from Europe and the Byzantine Empire. I ensure that these shared treasures will last for as long as they have already survived by safeguarding their physical condition and bringing them to new audiences.

My research focuses on the innovations of medieval textual communities in manuscript production, use, and circulation, especially in the twelfth through fourteenth centuries. With Teresa Webber (University of Cambridge), I am completing a fellowship funded by the Social Sciences and Humanities Research Council of Canada, ‘Networking the manuscript: Literary communities in twelfth- and thirteenth-century England’. By tracing connections of style, production, and provenance between books, I am reconstructing the collections of medieval communities and making connections with previously unknown volumes. This results in both new historical findings and more discoverable collections. In collaboration with colleagues, I am planning an expanded version of Medieval Libraries of Great Britain, aiming to connect surviving medieval books with the people who live in their original localities.

I study and develop accessible expressions of medieval manuscripts in digital formats, especially in producing digital scholarly editions. My forthcoming book Two Priors and a Princess: St Frideswide in Twelfth-Century Oxford (Cambridge: Open Book), in collaboration with Benedicta Ward, will present unique sources for everyday life in Oxfordshire. It includes the first scholarly edition and translation of The Miracles of St Frideswide, a miracle collection written by Prior Philip of Oxford in the 1180s, which includes many sympathetic portrayals of disadvantaged people who rarely appear in medieval sources.

Areas of research supervision: all aspects of medieval manuscripts and their historical contexts.

Chair of examiners for the MSt in Medieval Studies.

I was previously Munby Fellow in Bibliography at Cambridge University Library; a Mellon Fellow at the Pontifical Institute of Mediaeval Studies in Toronto; and Curator of Medieval Historical Manuscripts (1100–1500) at the British Library. I conducted my postgraduate work at the University of Toronto’s Centre for Medieval Studies. I have also been awarded fellowships from the Social Sciences and Humanities Research Council of Canada and the Zeno Karl Schindler Foundation.