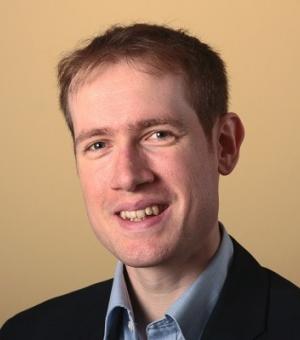 My 2020 book, Reading English Verse in Manuscript c.1350–c.1500, offers the first book-length history of reading for later Middle English poetry. It emerged from the close consultation of hundreds of surviving manuscripts, and it deploys techniques ranging from close readings of rhyme and syntax to surveys of manuscript weight to establish a new ‘baseline’ picture of the reading practices which were applied to English verse. I show how later medieval readers navigated through poems, handled books of poetry, and responded to poetic form, and I flip the present-day canon of Middle English verse inside out, demonstrating that readers at the time saw a landscape of poems rather different to that imagined in modern scholarship.

I'm writing a book drawing together the current turn in literary studies to global perspectives and new research in Middle English poetics. A wider perspective offers us a chance to recover the strange, peripheral qualities of most poetry of the thirteenth, fourteenth, and fifteenth centuries in England. What would English poems in these centuries have seemed like to readers coming from elsewhere, rooted in more secure and more confident verse traditions? English verse was tentative, decentralised and decentred in ways we haven’t fully appreciated: uniquely among literary periods, the twelfth to the fifteenth centuries let us study English in a form which wasn’t standardised or prestigious even within England. As a first move towards this book, I have published an article on a poem which conventional literary history says shouldn't exist: an accidental Shakespearean sonnet from 1448/9, embedded in a romance which imagines itself as a story coming from Persia and translated from Greek. A second article, on the fourteenth century romance Sir Orfeo, is also an offcut from this work.

In tandem with this research, informed by the same materials, I have drafted a teaching book explaining English and Scots verse-craft c. 1100 to c. 1500 for beginners. The book primarily serves an undergraduate audience, but will also be accessible and useful for students in secondary education and general readers interested in literary history. The typescript for this book is currently under review at a university press.

In a longer-term project, I’m studying the manuscripts which do not survive from  England in the fourteenth and fifteenth centuries—which is to say, most of the manuscripts which once existed. This loss of material is a widely acknowledged hurdle for research, but the missing books have received little attention as a problem in and of themselves. Many now-lost manuscripts have left small traces of evidence behind, however, and by gathering these on a large scale we can fill in more of the period’s literary and book history. The first result of this project is a substantial article published in 2019; a second, collaborative study based on several thousand manuscripts is under review.

On the side, I publish on various topics such as manuscript fragments and the history of reading. I’m involved in the effort to produce a new edition of the Wycliffite Bible, the first complete English translation of the Bible and the most sophisticated and most successful of the medieval European vernacular Bible translations. Oxford’s long-term project to re-edit the Wycliffite Bible can be found online. I have also edited Chaucer’s Cook’s Tale and Man of Law’s Tale for the Cambridge Chaucer project.

In the English Faculty, I am the primary teacher for the MSt B course in palaeography, codicology, and textual criticism, 650–1550. I also teach on the undergraduate 'Material Text' paper, and lecture on Middle English verse-craft.

I have reviewed books for, or am currently reviewing books for, Speculum, The Library, The English Historical Review, Studies in the Age of Chaucer, the Review of English Studies, Archiv für das Studium der neueren Sprachen und Literaturen, the Journal of the Early Book Society, The Medieval Review, and Arthuriana. I have served as a peer reviewer for a number of journals, including Speculum, Viator, the Review of English Studies, and Philological Quarterly. I welcome book review and peer review requests from editors and consider them all carefully, though I cannot guarantee that I will take them all on!