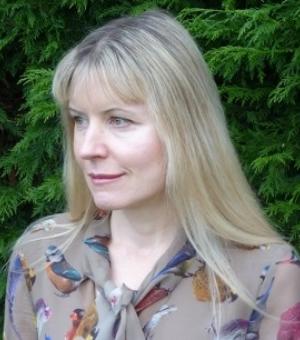 I am the Principal Investigator for the following research projects:

1. 'Towards a New Edition of the Wycliffite Bible’ funded by the Arts and Humanities Research Council (2016-2019), based at the English Faculty, University of Oxford

The edition is now online: https://wycliffite-bible.english.ox.ac.uk/#/

The project is undertaking preliminary work necessary to produce a much-needed new edition of the Wycliffite Bible (WB), the most widely disseminated and arguably the most complex of all surviving Middle English texts, as well as the most learned and widely attested of medieval European translations of the Vulgate. We are conducting a study of the textual tradition of the Bible and its early history in order to establish whether the traditional classification of the surviving manuscripts into two redactions, the Earlier and Later (believed to reflect the translators' first efforts to produce an English text and its subsequent revision) correctly reflects the variety of versions in circulation. We aim to investigate the relationships between important manuscripts and their value as evidence for different parts of the text. In addition we seek to understand the methods of the translators' work through the study of repeated changes in idiom and vocabulary between surviving versions and of the scholarly and interpretative apparatus that accompanies biblical text in manuscripts.

The project is exploring ways of editing WB and how such a large body of evidence can be presented and made intelligible to a user. We are developing a methodology for editing WB and will produce trial editions of select Old and New Testament books for presentation in print and online. The online edition will act as a framework for expansion when editions of other biblical books are created in future, or when further materials, such as additional images or records of variants, are developed to supplement the trial editions. The online environment will offer new research tools to scholars of WB and Middle English literature, act as a resource for teaching palaeography, editorial principles and techniques, and will support editing the complete biblical text as a result of a future collaborative project.

WB is the most extensive and complex of surviving Middle English texts, but its problems are not unique: consequently our work will have considerable implications for the study and editing of other contemporaneous texts, many of which exist in multiple redactions.

3.  From the Vulgate to the Vernacular: Four Debates on an English Question c. 1450

The work on the first complete English translation of the Bible, the Wycliffite Bible, seems to have been concentrated in Oxford, though the later professional copying was probably done mostly in London. In Oxford there seems to have been some academic interest, beyond the central circle of translators, in the theoretical issues raised by the work: given that the primary text used by the western church, the Vulgate, was itself a translation from the original languages of the various biblical books, was it legitimate to go further with translation into European vernaculars?  if not, why were these vernaculars unacceptable? is there something about the 'ancient' languages, Hebrew, Greek and Latin, inherently superior to such vernaculars as English or French?  or conversely, do such vernaculars lack a grammatical structure and vocabulary sophisticated enough to convey the ideas and material found in the Bible? Three Latin and one English treatises we are editing attempt to answer these and similar questions. The texts will be presented with facing translations. The introductory chapters will aim to explain the context and individuals involved,  provide details about the biography of the authors, to offer a discussion of the structure of each text and to give an account of the participants’ views on language and translation.

This work is supported by a grant from the British Academy/Leverhulme Trust Small Research Grants programme (2018-2019). Among the activities funded by the grant is a workshop on medieval translations of the Bible into English and European vernaculars: 'Translation Theory and Practice in the Later Middle Ages: the Bible and Beyond', 14 March 2019, Oriel College in collaboration with the Centre for the Study of the Bible in the Humanities, https://www.english.ox.ac.uk/event/translation-theory-and-practice-in-the-later-middle-ages-the-bible-and-beyond

I currently teach the following papers:

Final  Honour  School  Paper 4: The History of the English Language

Member of Programme Committee, Centre for the Study of the Bible in the Humanities (CBH) at Oriel College, Oxford, https://www.oriel.ox.ac.uk/cbh

Member of Advisory Board, Index of Middle English Prose

Committee Member, Association of Teachers of Old English in Britain and Ireland, 2015-17

Translation Theory and Practice in the Later Middle Ages: the Bible and Beyond

An international workshop on medieval translations of the Bible into English and European vernaculars, funded by the British Academy/Leverhulme Trust Small Research Grants Programme  (2018-2019), 14 March 2019, Oriel College, in collaboration with the Centre for the Study of the Bible in the Humanities. The workshop explores all aspects of biblical translation in the Middle Ages with a particular focus on contemporary theoretical contributions to the debate in England and elsewhere. It will mark the completion of work on Butler, Palmer, Ullerston: an Oxford debate c.1400 on biblical language, ed. Jeremy Catto, Anne Hudson and Elizabeth Solopova (Toronto: PIMS, forthcoming).

'Towards a New Edition of the Wycliffite Bible', Centre for Medieval and Early Modern Studies at the University of Kent, 15 November, 2018

'Towards a New Edition of the Wycliffite Bible', Launch of the Centre for the Study of the Bible in the Humanities, Oriel College, Oxford, 17-18 October, 2018, https://www.oriel.ox.ac.uk/launch

In association with the AHRC-funded project ‘Towards a New Edition of the Wycliffite Bible’.

‘Toward a New Edition of the Wycliffite Bible’, Elizabeth Solopova, Univ. of Oxford

Towards a New Edition of the Wycliffite Bible: Research Meeting

9.30am –11am  New research on the Wycliffite Bible; chair: Daniel Sawyer

Anne Hudson,  ‘How many manuscripts make up a version?  Some questions in the Wycliffite Bible’

Elizabeth Solopova, ‘The Wycliffite Bible: an editor’s dream or a nightmare?’

Daniel Sawyer, ‘A new digital edition: some nuts and bolts’

Ian Christopher Levy (Providence College), ‘Nicholas of Lyra on the nature and authority of Holy Scripture’

Zuzana Lukšová and Andrea Svobodová (Czech Language Institute of the Czech Academy of Sciences), ‘The reception of Lyra’s Exegesis of the Gospel of Matthew in Late Medieval Bohemia’

Deeana Copeland Klepper (Boston University), ‘Nicholas of Lyra on the difference between the Latin Vulgate and the Hebrew letter: constructing an authoritative literal sense’

Anne Hudson (Oxford University), ‘“Lire cam late to me” (General Prologue to WB): was it too “late” for the Wycliffite Bible?’

Lesley Smith (Oxford University), ‘Nicholas of Lyra: why does he bother with pictures?’

Elizabeth Solopova (Oxford University),‘The study of the Wycliffite Bible in Oxford and manuscripts of the Bible in New College’

Manuscripts of the Wycliffite Bible and Postilla of Nicolas of Lyra will be on display during this session.

In association with AHRC-funded project ‘Towards a New Edition of the Wycliffite Bible’.