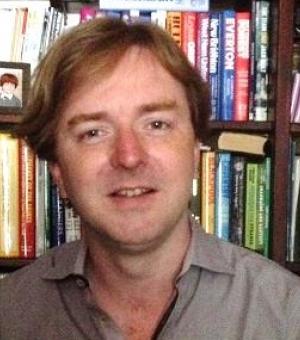 I work on Old English literature, in particular Beowulf and other heroic poetry, biblical translation, and writing associated with King Alfred. 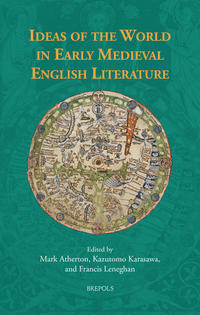 Ideas of the World in Early Medieval English Literature

Together with Prof. Kazutomo Karasawa (Rikkyo) and Dr Mark Atherton (Oxford), I am co-organiser of an international research project charting the development of competing geographical, national and imperial identities and communities in early medieval England. Through a series of symposia, conferences and other events, this project brings together scholars to explore early English ideas about space and place, nation and identity, and geography and history. An edited collection stemming from these meetings was published by Brepols in 2022: Ideas of the World in Early Medieval English Literature. My own contribution focuses on the influence of imperial thinking on the compilation of MS Cotton Tiberius B.i, an eleventh-century anthology of Old English prose and verse on historical and religious themes. 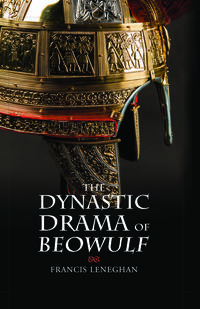 My main research interest is in the most important Old English poem, Beowulf. The Dynastic Drama of Beowulf, Anglo-Saxon Studies 39 (Cambridge: D. S. Brewer, 2020), unravels the web of Scandinavian royal legends known to the original audience of Beowulf. The book offers a new interpretation of the work’s structure based on the principle of the dynastic life-cycle and provides explanations for features of the poem that have never been satisfactorily explained, most famously its many digressions and episodes. Highlighting the work’s originality, it proposes that the poet  invented a new monster-slaying hero, inserting him into royal legend in order to dramatize moments of dynastic crisis. It also brings into focus the poet’s debt to biblical paradigms of kingship and shows how the Anglo-Saxons came to read Beowulf as their own Book of Kings.

I have published numerous articles on other aspects of the poem. Recent publications include a study of links between Beowulf and the Staffordshire Hoard and an analysis of hunting imagery in the poet. In forthcoming articles, I investigate hagiographical parallels for the fight with Grendel and the theme of righteous indignation in the poem. 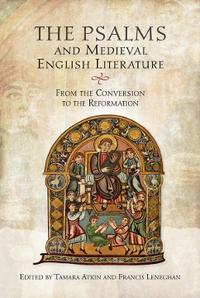 Another area of research is the reception of the Bible, in particular the Book of Psalms, in medieval England. Along with Professor Susan Gillingham (Theology) and Dr Helen Appleton (English), I am a founder and co-organiser of The Oxford Psalms Network, an interdisciplinary research group hosted by The Oxford Research Centre for the Humanities (TORCH) and devoted to the study of all aspects of the Psalms. In 2020 this project was chosen as a REF-Impact Case Study for the Theology Faculty.

Related to this research, I have co-edited two volumes of essays on medieval English psalms: The Psalms and Medieval English Literature: From the Conversion to the Reformation (Cambridge: D. S. Brewer, 2017) (with Tamara Atkin); and The Psalms in Anglo-Saxon and Anglo-Norman England, special edition of English Studies, 98.1 (2017) (with Helen Appleton). In 2013, I co-organised with Tamara Atkin and Ruth Ahnert the Psalm Culture conference at Queen Mary University, London.

The Age of Alfred

Together with Dr Amy Faulkner (UCL), I organise The Age of Alfred, an international research project involving over 40 scholars. This project aims to re-evaluate English literary culture c. 850-950. As well as examining the traditional corpus of texts associated with the king, namely the Old English Pastoral Care, Boethius, Soliloquies and Prose Psalms, we are equally interested in works often placed outside of this royal canon, such as the Old English Bede, Orosius and Dialogues, the Domboc and the Anglo-Saxon Chronicle. Literature produced at the West-Saxon court will be considered alongside Welsh, Irish and continental literary culture. Likewise, investigations into the vernacular works of the Alfredian period will be complemented by consideration of literature in Latin, while work on pre- and post-Alfredian literature will situate the traditional corpus in a broader historical context. In connection with this project, I am co-editing, with Amy Faulkner, a collection of essays entitled The Age of Alfred: Rethinking English Literary Culture c. 850–950. I am working on two further books in connection with this project. One will explore how English writers in the late-ninth and early-tenth centuries revoiced works by authorities such as King David, Gregory the Great, Bede, Boethius, Augustine and Orosius. The other will offer the first comprehensive study of the origins and development of Old English prose, from the seventh to eleventh centuries. In connection with these projects, I have been commissioned to edit a special edition of SELIM, the Spanish Journal for Medieval English Language and Literature, on Alfredian literature.

I am Series Editor and Secretary for Studies in Old English Literature (SOEL), a book series with Brepols. I am also Associate Editor for The Year's Work in English Studies, with responsibility for all medieval coverage, and a member of the Editorial Board for SELIM.

I lecture on Old English poetry and prose in the English Faculty and I teach Medieval English at St Peter's college. I also teach Old English to Course II students from across the university.

FHS Paper 6: 'Hit and Myth: (Mis)representations of the Medieval in the Modern Age'

'The Age of Alfred' (C-course)

I supervise Masters and Doctoral dissertations on a wide range of topics connected with Anglo-Saxon England and its literature. I have supervised doctorates on areas including Anglo-Saxon medicine, Mercian vernacular literature, the Old English Metrical Charms, Anglo-Latin and Old English saints' lives, Alfredian prose and Beowulf adaptations. I welcome applications from students interested in any area of Old English literature.

The Psalms and Medieval English Literature: From the Conversion to the Reformation, ed. Tamara Atkin and Francis Leneghan (Cambridge: D. S. Brewer, 2017).

'End of Empire? Reading The Death of Edward in MS Cotton Tiberius B I', in Ideas of the World in Early Medieval English Literature, Studies in Old English Literature 1, ed. Mark Atherton, Kazutomo Karasawa and Francis Leneghan (Turnhout: Brepols, 2022), pp. 403–34.

'The Departure of the Hero in a Ship: the Intertextuality of Beowulf, Cynewulf and Andreas', SELIM: Journal of the Spanish Society for Medieval English Language and Literature 24 (2019), 105–32.

‘Introduction: a Case Study of Psalm 50.1-3 in Old and Middle English’, in The Psalms and Medieval English Literature: From the Conversion to the Reformation, ed. Tamara Atkin and Francis Leneghan (Cambridge: D. S. Brewer, 2017), pp. 1–33.

'Making the Psalter Sing: the Old English Metrical Psalms, Rhythm and Ruminatio’, in The Psalms and Medieval English Literature: From the Conversion to the Reformation, ed. Tamara Atkin and Francis Leneghan (Cambridge: D. S. Brewer, 2017), pp. 173–97.

‘Making Sense of Ker’s Dates: the Origins of Beowulf and the Palaeographers’, Proceedings of the Manchester Centre for Anglo-Saxon Studies Postgraduate Conference 1, March 2005.

Comets, Omens and Fear: Understanding Plague in the Middle Ages, The Conversation June 2020

The One Who Flies: A History of Pandemics (Queen's University, Belfast)

'Why should we study Old English?' (for the 'Challenging the Canon' Project)