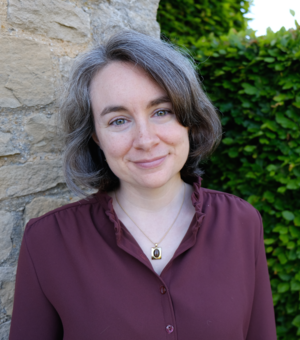 My main area of research is Old English poetry, particularly Genesis A and B, Andreas, Beowulf, Christ III, and the poems of Cynewulf.  I also work on Early Middle English literature, particularly Layamon's Brut and the South English Legendary, and I have published comparative work on Beowulf and Faulkner.  I am currently working on the landscapes of certain 11th-century Anglo-Latin Saints' Lives.

I have a particular interest in Old English poetic language, and have worked on Old English poetic compounds as a research assistant to the Consolidated Library of Anglo-Saxon Poetry (CLASP) project.  My own research has been on poets’ use of the language of signs and signification, and on the use of conceptual clusters in Old English and Old Saxon poetry.  I am also interested in Old English poets' responses to patristic tropes for framing and conceptualizing processes of human understanding, and have published on Cynewulf's use of hierarchies of perception and Augustine's trinity of the soul, and the development of the trope of architecture-as-reader in the poems Andreas and Christ III.

I also have an interest in the symbolic and intertextual functions of architectural imagery and lexis in Early Medieval texts.  With Daniel Thomas and Karl Kinsella, I have run an interdisciplinary research network and a conference on this topic.  We recently co-edited a special issue of Leeds Studies in English on the theme ‘Architectural Representation in Early Medieval England’ and we are working on an edited collection which places this topic in a broader chronological and geographical context.

I teach English language and medieval literature, including the following undergraduate papers:

I am a founding member, with Daniel Thomas and Karl Kinsella, of an interdisciplinary research network on Medieval Architectural Representation.  This network began its existence as a Balliol Interdisciplinary Institute project.  Activities of the network have included:

- A series of ‘work in progress’ seminars

- A one-day workshop at TORCH

- A series of public lectures at the University Church

I have also contributed a piece on the ‘Beasts of Battle’ to the Trusted Source knowledge exchange project, and written about what the Venerable Bede might have made of proposals to fix the date of Easter for The Conversation.