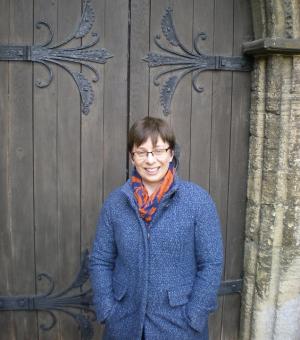 My research spans literature from the thirteenth to the sixteenth centuries written both in Middle English and Middle Scots, centring on how poets and their audiences understood the formal and linguistic licences of poetry. I am also interested in multilingualism and translation, particularly how poetic forms, techniques, terminology and diction cross what at first glance might seem to be boundaries of language or nation.

No Middle English or Middle Scots poet wrote an art of poetry (i.e. a treatise describing the forms and versification of poetry in English and Scots), yet some of this poetry is among the most formally complex in the English language. The book which I am currently completing, Middle English and Middle Scots Poetics, imagines what such an art of poetry might have said, if one had been written. My research reconstructs the full surviving lexicon of pre-Renaissance technical terms for poetry, as well as exploring how this terminology coevolves with the technical terms of Latin and French poetics.  This book also rediscovers this poetry’s technē in moments of conspicuous formal experiment and elaboration. Verse-form is explored as a technology in action in chapters on medieval verse-drama and on poems which switch from one verse-form to another mid-text.

I blog about my research at www.stylisticienne.com, where you can find a work-in-progress glossary of Middle English/Scots poetic terms.

I'm also writing a chapter on 'Literary Language' for the Fifteenth Century volume of the Oxford History of Poetry in English, edited by Julia Boffey and A S G Edwards.

I translate medieval poetry into Modern English in my spare time, and have recently published e-book translations of James I of Scotland's Kingis Quair, Robert Henryson's Orpheus and Eurydice and the Middle English romance Sir Orfeo.

In 2012 I published a reader’s guide to Geoffrey Chaucer’s Troilus and Criseyde (the set commentary text for Finals) with Cambridge University Press.  I am particularly interested in helping students learn how to close-read Middle English poetry and have created a ‘Poetics Primer’ for undergraduates and school pupils on my website.  In 2015 I was awarded a Teaching Excellence Award by the University of Oxford for my contribution to the teaching of Troilus and Criseyde commentary.

I am a member of the Editorial Board of The English Review, Philip Allan's magazine (published by Hodder Education) for sixth-formers studying English Literature at A-level.