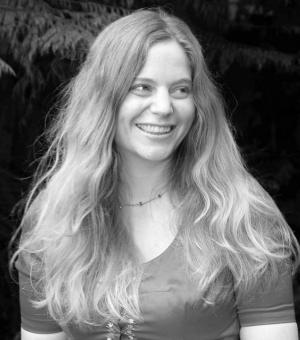 Sally Bayley is a tutor in English at Balliol and St. Hugh’s Colleges, Oxford and a member of the Oxford University English Faculty. She is the author of Eye Rhymes: Sylvia Plath’s Art of the Visual (Oxford University Press, 2007). Eye Rhymes was the first study of Plath’s art work in relation to her body of poetry and prose and was featured in the Sunday Times magazine, on Radio 4 and at the Royal Festival Hall alongside a series of uniquely commissioned pieces of theatre, dance, art and animation, several of which won awards.

In 2007 alongside the publication of Eye Rhymes Sally Bayley commissioned a play exploring the representation of Sylvia Plath's biography. The award winning play, I Wish I Had A Sylvia Plath, a one woman show written and performed by Elisabeth Gray, ran Off Broadway for the month of October 2010. The play also featured alongside a symposium at New York University and included the director and producer of the forthcoming film adaptation of Plath's novel The Bell Jar: Tristine Skyer and Julia Stiles.

Letter to the World is a short animated film directed and animated by Suzie Hanna in consultation with Sally Bayley, featuring 'stimmung' sound design by Tom Simmons. It is an original interpretive response to themes in Emily Dickinson's life and works, including her poetic egotism, her descriptions of space, and her microscopic perception of Nature; the visual aesthetic reflects 19th century lens technology with silhouette and shadow play.

Her interdisciplinary study of domestic space, Home on the Horizon, America's Search for Space: From Emily Dickinson to Bob Dylan will be published October 2010. The book examines what it is that constitutes home in the American imagination from the culture of puritan settlers to the present day. Taking Emily Dickinson as her protagonist, the book draws upon a large range of cultural references to the American understanding of home as it is represented in the nation's literature and the visual arts. Home on the Horizon is the first book to draw upon the recent paintings of Bob Dylan and place him within the tradition of painters of place of which Edward Hopper is the leading example. Recent films such as as the Coen brothers No Country for Old Men and The Assassination of Jesse Jackson by the Coward Robert Ford as well as Quentin Tarantino's Kill Bill films are also discussed as examples of dystopic domesticity and an emerging sense of the American 'nowhere'.

A new study of Sylvia Plath was published in 2011 with Cambridge University Press. Co-authored with Tracy Brain, Representing Sylvia Plath presents a series of essays on Plath's appropriation as a figure for popular consumption. Topics include a study of Plath's involvement with colour, the German Romantic tradition of painting, the aesthetic of torture and violence, the culture of women's magazines, and her various reincarnations in the popular imagination. The book includes unique responses to Plath's oeuvre by pop artist Stella Vine, animator Suzie Hanna, playwright Elisabeth Gray and Royal Ballet choreographer, Kate Flatt.

Sally Bayley is completing a study of the diary and journal as a form of literary and social self construction. The book will explore this genre as a form of private and public identity as it is constructed across history, from Pepys to the blogosphere. The study will be transatlantic and particular interest will be given to the transcendentalist journalists Emerson and Thoreau and their political forefather John Adams, and in the twentieth century diarists such as Edmund Wilson and Sylvia Plath.

Graduate
I have supervised students enrolled in the Masters programme in English on a wide variety of topics, including British Detective Fiction, Elisabeth Bishop, Emily Dickinson, Virginia Woolf, Katherine Mansfield, Sylvia Plath; British and American literary topics from 1900-Present Day. I also teach for the faculty's M.St. 1900-Present Day.I have supervised D.Phil. topics related to 19th and 20th century British and American literature that include the role of the reader in the poetry of Stevie Smith, Virginia Woolf and theories of scientific taxonomy, and the theme of inheritance and legacy in the work of Paul Auster and Philip Roth. I have also supervised theses on Sylvia Plath.

Dr. Bayley produced the catalogue and exhibition material for artist Stella Vine for an installation exhibition of the artist's new work for The Eden Project, Cornwall, summer 2010.