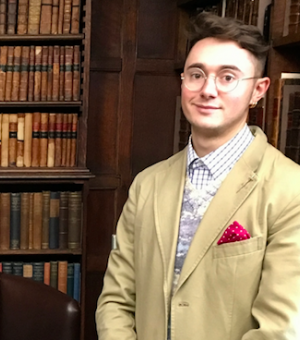 Doctoral Research: My thesis, ‘Anger in the Íslendingasögur (Sagas of Icelanders)’, examines the literary construction and presentation of anger in the intertextually coherent and consistent society that is largely sustained throughout the Íslendingasögur. In so doing, it also shows how anger functions as a narrative catalyst. Maintaining that emotional behaviour is, for the most part, societally constructed, the thesis argues that the quality of a character’s emotional expression is contingent on their sociocultural identity. I anchor my analyses of anger in Sif Rikhardsdottir’s conceptualisation of culturally contingent ‘emotive scripts’ and Monique Scheer’s Bourdieuian notion of ‘emotional practices’. The thesis primarily focuses on the nexus between anger and various modalities of masculinity. The first section demonstrates how angry experience might be detected in a corpus whose prose is characteristically laconic and emotionally sober. The second section investigates, firstly, the nexus between anger and hegemonic masculinity and, secondly, the nexus between anger and ‘female masculinity’. The final section considers masculine characters who exhibit angry practices particular to their socio-cultural situations and thus adhere to uniquely tailored emotive scripts.