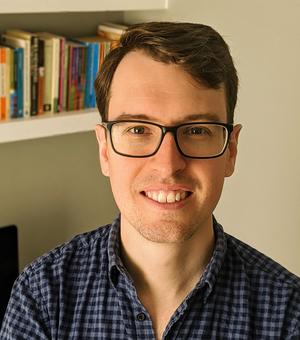 I specialize in literature and culture of the long eighteenth century, with particular interests in theatre, the relationship between literary and visual cultures, satire and parody, oratory, the construction of literary history, and the cultural history of Shakespeare. At present I'm especially concerned with questions of visuality and I'm in the early stages of a new project that tracks practices and concepts of spectacle across the period.

My first book, Theatres of Opposition: Empire, Revolution, and Richard Brinsley Sheridan (OUP, 2012) considered Sheridan – playwright, theatre manager, politician – as a prism through which to map the dynamic and often fraught exchange between theatrical and opposition political cultures at the end of the eighteenth century. I've also edited The Oxford Handbook of the Georgian Theatre, 1737-1832 (OUP, 2014; pbk. 2018) and published articles and essays that consider writers spanning the long eighteenth century – from Rochester to Wordsworth and from Johnson to Edgeworth and Byron – through the many lenses of performance.

My new book, The Politics of Parody: A Literary History of Caricature, 1760–1830 (Yale UP, 2018) was named an "Outstanding Academic Title" for 2019 by Choice magazine and was also given an honourable mention for the 2019 John T. Shawcross Award (awarded by the Milton Society of America). The book offers the first in-depth study of the relationship between literature and visual satire in eighteenth-century Britain. Attending to the ways in which political caricatures parody works by the likes of Shakespeare, Milton, and Swift, I consider how the characters, narratives, and tropes of key literary texts provided satirists and commentators with a means of negotiating and rendering legible complex political issues, crises, and personalities – a means that brought cultural capital and political literacy into very tight relation. I argue that the critical operations of caricature’s parodic play often open up the formal and historical contours of literary genres; and I contend that such satire repeatedly strives to define (and defend) high literary culture against the perceived encroachments of the “popular”, a manoeuvre complicated by caricature’s uneasy sense of its own cultural status. But the book's most important argument is its methodology, which insists that we have much to learn by constructing literary history from materials – especially visual ephemera – still too often considered to lie beyond the discipline’s purview.

As part of this project, I also curated the exhibition “Draw New Mischief: 250 Years of Shakespeare and Political Cartoons” for the Royal Shakespeare Company in 2017-18 (more information here).

I'm currently completing an edition of Joseph Addison’s dramatic works for Oxford University Press, which will include the first critical edition of Cato.

I'm also beginning work on a new history of spectacle from the Restoration to the Romantic period. This study contends that the theatre – as a visual art, a site of spectatorship, and an idea or metaphor – was a primary means through which eighteenth-century culture negotiated and contested questions of visuality, most especially the always-vexed relationship between word and image.

At. St. Hugh’s, I teach British literature from 1660-1830 and also the Shakespeare paper. For the Faculty, I lecture on material from the late seventeenth century to the nineteenth century and also teach on the MSt in English 1700-1830.

I supervise graduate students at both MSt and DPhil level, and would be pleased to hear from potential students who’d like to undertake research in any of my areas of interest.

In 2017, I curated an exhibition with the Royal Shakespeare Company entitled "Draw New Mischief: 250 years of Shakespeare and Political cartoons". The exhibition ran from February to October 2017 at the Royal Shakespeare Theatre, Stratford-upon-Avon, with a version of it then transferring to the Barbican, London, until January 2018. It featured cartoons inspired by Shakespeare's plays from the eighteenth century to the present day. In conjunction with the RSC's season of Shakespeare's Roman plays, we also commissioned five cartoonists to respond to current affairs using Titus Andronicus, Julius Caesar, Antony and Cleopatra, and Coriolanus.

Media coverage of the exhibition:

In 2010 I worked with the Theatre Royal, Bury St. Edmunds as part of their "Restoring the Repertoire" project. The Theatre Royal, designed by William Wilkins (architect of the National Gallery), is the only working Regency playhouse in the country and was restored to its Georgian glory with the aid of a grant from the Heritage Lottery Fund. Reopening in 2007, the Theatre and its artistic director Colin Blumenau were committed to reviving the forgotten plays of the Georgian period through an exciting programme of rehearsed readings and full-scale productions.

During my time working with the Theatre Royal as a research consultant, I advised the company on its staging -- in rehearsed reading and full production -- of various eighteenth-century plays. I share the insights I acquired over the course of this collaboration in my article "Discoveries and Recoveries in the Laboratory of Georgian Theatre", New Theatre Quarterly 27.3 (2011): 229-243.

As an undergraduate I studied at the University of St. Andrews, before taking my MPhil and PhD at Cambridge. Before coming to Oxford in 2018 I taught at the Universities of Toronto and Warwick. I've held visiting fellowships at the Huntington Library, the Houghton Library at Harvard, and Cambridge University’s Centre for Research in the Arts, Social Sciences, and Humanities. I'm the recipient of the Keats-Shelley Prize (2005) and Ontario's John C. Polanyi Prize in Literature (2013).