Anthony was born in 1986 in Brussels. He attended a single-sex state school, where he attended classes designed to support sixth-form students through the Oxbridge interview process, despite scepticism from his brother’s friends about elite universities. He was later accepted to study English at Oxford alongside a handful of his fellow pupils.

The year after his graduation Anthony ‘fruitlessly’ applied to graduate schemes in marketing and advertising, having not given much thought to career options during his degree. He did a variety of jobs, from retail to census rehearsal, and in 2010 he applied to the UEA Creative Writing Master’s, where he was awarded the Man Booker scholarship. He described the impact of the scholarship as both financial and emotional: as well as allowing him to focus entirely on writing during his Masters, it provided encouragement and validation on the back of the failed job applications.

His first novel, completed in 2012, attracted an agent but did not sell with publishers. He wrote a second book in 2015 which likewise did not publish. His agent advised him to write a period novel that readers could ‘really get their teeth into.’ Anthony planned to do so, but couldn’t get the idea for another novel out of his mind. Inspired by his anger at the senselessness of the invasion of Iraq, it was the opposite of what his agent had asked him to do; however, they agreed to hammer the manuscript into shape, and Kill [Redacted] was published in 2019 and chosen as an Observer book of the year. Anthony is currently working on his fourth novel about surveillance capitalism and sex.

Listen to Anthony's advice about careers in writing.

Alongside these endeavours, Anthony has built a successful career in software and web development. Starting in an initial non-tech role as a Content Manager for an e-learning start-up, Anthony has developed his own technical skills and now works as a Senior Web Engineer for a large e-commerce platform. He credits his decision to study Middle English, even though it meant one-to-one tutorials and more independent study, with giving him the skills he needed to change paths and make the jump to a more technical role and believes that his English degree has provided him with key skills he uses day to day, including persistence and self-guided learning.

Read about Anthony's book recommendations below, or listen to him explain why they make it to the top of his list.

Transcript of Anthony talking about his book choices.docx

Transcript of Anthony talking about his book choices.docx

Crime and Punishment by Fyodor Dostoevsky (1866), which Anthony described as life-changing, and which bears some similarities to his novel Kill [Redacted.]

One Thousand and One Nights

One Thousand and One Nights

These old stories were completely different from anything Anthony had ever read before, with the nested narratives and the playfulness of the texts.

Heart of Darkness, by Joseph Conrad (1899). Anthony is a huge fan of Conrad – were it his sole responsibility to fill the bookshelf, there would be a lot of him on there.

Alongside 1001 Nights, these old stories were completely different from anything Anthony had ever read before, with the nested narratives and the playfulness of the texts.

This biography was written by Megan Baffoe, a second-year English student at St Hugh’s College, in August 2021, following an interview with Anthony Good. 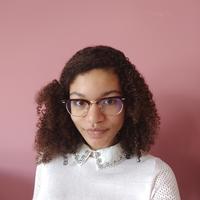